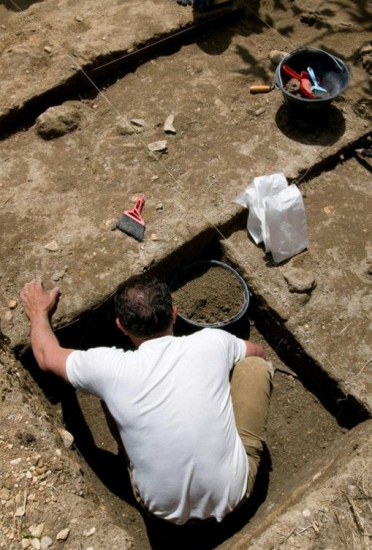 Fragments of 13th brick church of the Dominicans have been discovered in Kamień Pomorski (West Pomerania). In Szczecin, researchers presented the results of the work carried out on site since 2012.

Conservator Henryk Kustosz emphasised the importance of the find during the press conference at the National Museum in Szczecin. "When it comes to the history of architecture, it is an absolutely unusual find, of great importance, because we have discovered the church, which many scientists have tried to describe and recreate, but all they were doing was pure hypothesis with no basis in reality, which has now been exposed" - said Kustosz.

He noted that Dominicans who came here, blended into the landscape of contemporary Dominican architecture in Poland.

The chancel of the Dominican church stands on the site of earlier wooden church of St. Giles, founded by knight Czesław. According to Kustosz, a nave had been added to the wooden church, and then the chancel was rebuilt in brick.

The church of St. Giles first appears in the historical sources at the end of the early Middle Ages (the beginning of the 13th century) as an already existing building given to the Dominicans who arrived in Kamień and built a monastery in the adjacent area. Some researchers associate the establishment of the Christian church near or on a hill later named Aschenberg with the Christianising mission of St. Otto of Bamberg, who erected one (within the castle town, where the princely residence was located) or two churches in Kamień.

The church of St. Giles, belonging to the property of the monastery, shared the fate of the Dominican complex - in the sixteenth century it was stripped of all furniture, and then destroyed.

During archaeological work in Kamień Pomorski, in addition to the remains of the Dominican church, archaeologists also discovered several early medieval burials and numerous graves containing hundreds of skeletons, dating from the late Middle Ages to the early 17th century