Ido Wachtel, a PhD student and an archaeologist at the Hebrew University of Jerusalem’s Institute of Archaeology, has discovered a 5,000-year-old crescent-shaped structure near the city of Safed, about 15 km northwest of the Sea of Galilee.

At about 150 meters in length and 7 meters in height, the monument, dubbed ‘Jethro Cairn,’ can be seen on satellite images.

Bronze Age pottery excavated at the structure indicates it was built between 3050 and 2650 BC. That means it predates the pyramids at Giza in Egypt and Stonehenge in the UK. 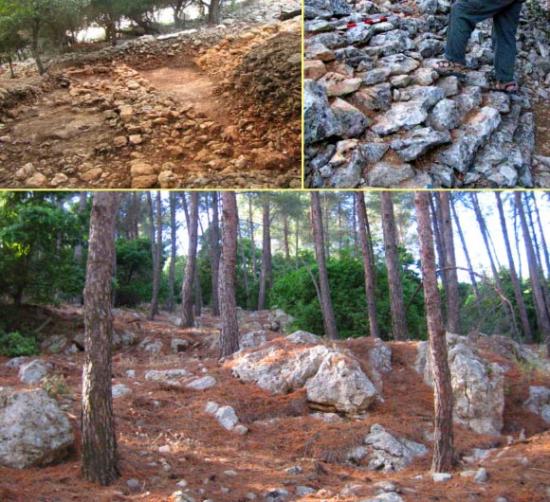 Mr Wachtel presented his astounding discovery on 12 June at the 9th International Congress on the Archaeology of the Ancient Near East in Basel, Switzerland (abstract in .pdf).

He said that Jethro Cairn is located near a large Bronze Age town called Tel Bet Yerah (means “house of the moon god”) and may have helped mark the town’s borders.