In an archaeological excavation the Israel Antiquities Authority conducted in the Qiryat Menachem quarter of Jerusalem, a rare ritual 'miqwe' was exposed that dates to the late Second Temple period 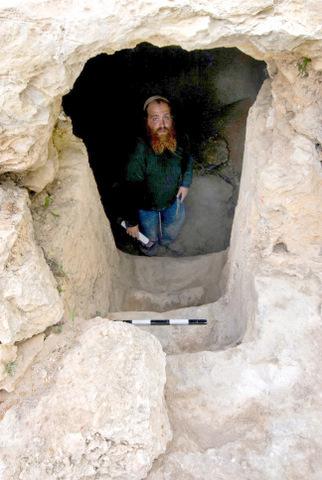 According to Benyamin Storchan, director of the excavation on behalf of the Israel Antiquities Authority, “Numerous ritual baths have been excavated in Jerusalem in recent years, but the water supply system that we exposed in this excavation is unique and unusual. The ritual bath consists of an underground chamber entered by way of steps. The miqwe received the rainwater from three collecting basins (otzar) that were hewn on the roof of the bath, and the pure water was conveyed inside the chamber through channels. The ritual baths known until now usually consist of a closed cavity that was supplied with rainwater conveyed from a small rock-cut pool located nearby. The complex that was exposed at this time is a more sophisticated and intricate system. The bath was apparently associated with a settlement that was situated there in the Second Temple period. Presumably, due to the rainfall regime and arid conditions of the region, the inhabitants sought special techniques that would make it possible to store every drop of water. It is interesting to note that the bath conforms to all of the laws of kashrut, like collecting the water in it naturally without human contact, and ensuring that the water does not seep into the earth which is why the bath was treated with a special kind of plaster”.

The ritual bath, which is located in a picturesque valley where there are ancient agricultural installations, was uncovered a short distance from the houses in the Qiryat Menachem quarter.

According to the Jerusalem district archaeologist, Amit Re’em, “The neighborhood community has expressed great interest in the conservation of the miqwe. The Israel Antiquities Authority and the Moriah Company are working to make this delightful treasure a site for the benefit of the residents and visitors”.

After the ritual bath went out of use, the place served as a quarry and the channels filled up with earth. During the twentieth century the immersion chamber was cleaned, a round opening was breached in its ceiling and it was used as a cistern. 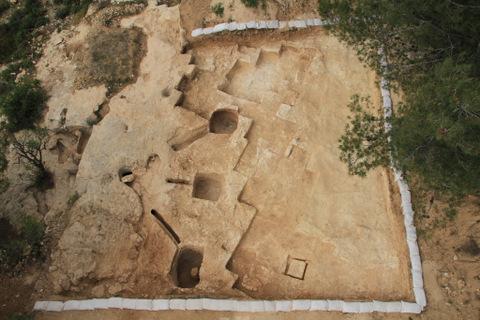