Detail of cut marks found on the girl’s jaw, or lower mandible in a stereo-microscopic photo. (Smithsonian Institution / Don Hurlbert)

The harsh winter of 1609 in Virginia’s Jamestown Colony forced residents to do the unthinkable. A recent excavation at the historic site discovered the carcasses of dogs, cats and horses consumed during the season commonly called the “Starving Time.” But a few other newly discovered bones in particular, though, tell a far more gruesome story: the dismemberment and cannibalization of a 14-year-old English girl.

“The chops to the forehead are very tentative, very incomplete,” says Douglas Owsley, the Smithsonian forensic anthropologist who analyzed the bones after they were found by archaeologists from Preservation Virginia. “Then, the body was turned over, and there were four strikes to the back of the head, one of which was the strongest and split the skull in half. A penetrating wound was then made to the left temple, probably by a single-sided knife, which was used to pry open the head and remove the brain.” 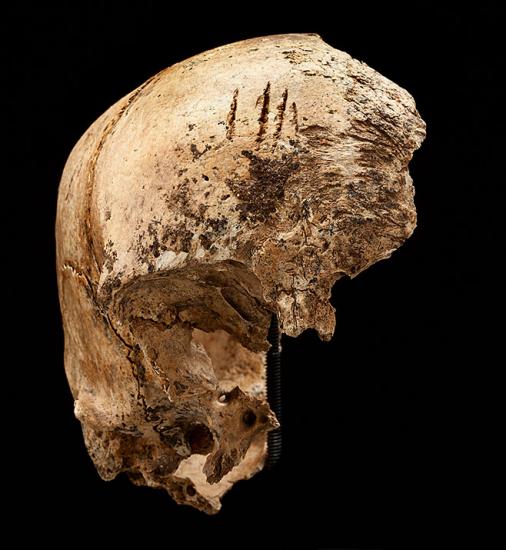 Four shallow chop marks on the top of the girl’s skull, evidence of cannibalism during the “starving time” over the winter of 1609-1610. (Smithsonian Institution / Don Hurlbert) 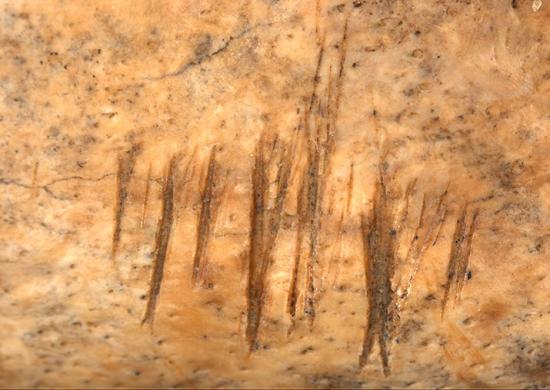 Much is still unknown about the circumstances of this grisly meal: Who exactly the girl researchers are calling "Jane" was, whether she was murdered or died of natural causes, whether multiple people participated in the butchering or it was a solo act. But as Owsley revealed along with lead archaeologist William Kelso today at a press conference at the National Museum of Natural History, we now have the first direct evidence of cannibalism at Jamestown, the oldest permanent English colony in the Americas. “Historians have gone back and forth on whether this sort of thing really happened there,” Owsley says. “Given these bones in a trash pit, all cut and chopped up, it's clear that this body was dismembered for consumption.” 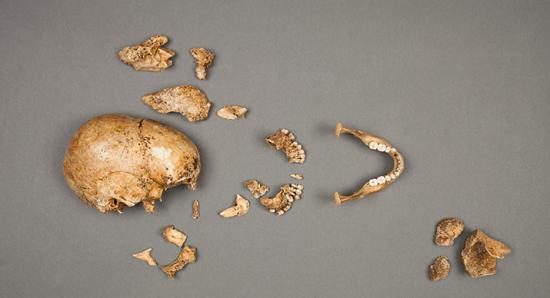 It’s long been speculated that the harsh conditions faced by the colonists of Jamestown might have made them desperate enough to eat other humans—and perhaps even commit murder to do so. The colony was founded in 1607 by 104 settlers aboard three ships, the Susan Constant, Discovery and Godspeed, but only 38 survived the first nine months of life in Jamestown, with most succumbing to starvation and disease (some researchers speculate that drinking water poisoned by arsenic and human waste also played a role). Because of difficulties in growing crops—they arrived in the midst of one of the worst regional droughts in centuries and many settlers were unused to hard agricultural labor—the survivors remained dependent on supplies brought by subsequent missions, as well as trade with Native Americans.

By the winter of 1609, extreme drought, hostile relations with members of the local Powhatan Confederacy and the fact that a supply ship was lost at sea put the colonists in a truly desperate position. Sixteen years later, in 1625, George Percy, who had been president of Jamestown during the Starving Time, wrote a letter describing the colonists’ diet during that terrible winter. “Haveinge fedd upon our horses and other beastes as longe as they Lasted, we weare gladd to make shifte with vermin as doggs Catts, Ratts and myce…as to eate Bootes shoes or any other leather,” he wrote. “And now famin beginneinge to Looke gastely and pale in every face, thatt notheinge was Spared to mainteyne Lyfe and to doe those things which seame incredible, as to digge upp deade corpes outt of graves and to eate them. And some have Licked upp the Bloode which hathe fallen from their weake fellowes.”

Despite this and other textual references to cannibalism, though, there had never been hard physical evidence that it had occurred—until now. Kelso’s team discovered the girl’s remains during the summer of 2012. "We found a deposit of refuse that contained butchered horse and dog bones. That was only done in times of extreme hunger. As we excavated, we found human teeth and then a partial human skull," says Kelso.

Kelso brought them to Owsley for a battery of forensic tests, including microscopic and isotope analysis. “We CT scanned the bones, then replicated them as virtual 3D models and then put them together, piece by piece, assembling the skull,” Owsley says. Digitally mirroring the fragments to fill in the missing gaps allowed the team to make a 3D facial reconstruction despite having just 66 percent of the skull.

The researchers used this reconstruction, along with the other data, to determine the specimen was a female, roughly 14 years old (based on the development of her molars) and of British ancestry. Owsley says the cut marks on the jaw, face and forehead of the skull, along with those on the shinbone, are telltale signs of cannibalism. "The clear intent was to remove the facial tissue and the brain for consumption. These people were in dire circumstances. So any flesh that was available would have been used," says Owsley. "The person that was doing this was not experienced and did not know how to butcher an animal. Instead, we see hesitancy, trial, tentativeness and a total lack of experience."

He’s probably one of the researchers best qualified to make this judgment. As one of the country’s most prominent physical anthropologists, he’s analyzed many cannibalized skeletons from ancient history, and as an accomplished forensic investigator who works with the FBI, he’s also worked on much more recent cases, such as one of the victims of 1980s serial killer and cannibal Jeffrey Dahmer. In total, he estimates that he’s examined more than 10,000 bodies during his career, oftentimes people who were killed in tragic circumstances, including victims of 9/11 and journalists who were kidnapped and murdered in Guatemala. Most of his time, though, is spent working on more inspiring cases, such as the 9,000-year-old “Kennewick Man” discovered in Washington State, and the mysterious remains of ancient Easter Islanders. “I love the moments when you come up with something that you're just totally in awe of," he told Smithsonian magazine when he was named one of “35 Who Made a Difference.” “Something that gives you an overwhelming sense of wow!”

Owsley speculates that this particular Jamestown body belonged to a child who likely arrived in the colony during 1609 on one of the resupply ships. She was either a maidservant or the child of a gentleman, and due to the high-protein diet indicated by his team’s isotope analysis of her bones, he suspects the latter. The identity of whoever consumed her is entirely unknown, and Owsley guesses there might have been multiple cannibals involved, because the cut marks on her shin indicate a more skilled butcher than whoever dismembered her head.

It appears that her brain, tongue, cheeks and leg muscles were eaten, with the brain likely eaten first, because it decomposes so quickly after death. There’s no evidence of murder, and Owsley suspects that this was a case in which hungry colonists simply ate the one remaining food available to them, despite cultural taboos. “I don’t think that they killed her, by any stretch,” he says. “It's just that they were so desperate, and so hard-pressed, that out of necessity this is what they resorted to.”

Kelso’s team of archaeologists will continue to excavate the fort, searching for other bodies that might help us learn about the conditions faced by some of the country’s first European colonists. This might be the first specimen that provides evidence for cannibalism, but Owsley is pretty sure there are more to come. Percy’s letter also describes how, as president of the colony, he tortured and burned alive a man who had confessed to killing, salting and eating his pregnant wife—so the remains of this woman, along with other victims of cannibalism, may still be waiting to be found underground. “It’s fairly convincing, now that we see this one, that this wasn’t the only case,” he says. “There are other examples mentioned here and there in the literature. So the only question is: Where are the rest of the bodies?”