Ifugao (Philippines) : For rice terraces, age should not matter 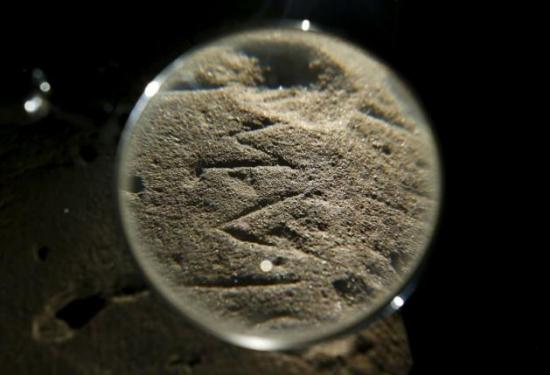 Age, as the romantic expression goes, should not matter in the enduring devotion to the Ifugao rice terraces.

But this has been a love story predicated on these engineering wonders being 2,000 years old, and scholars fear how Filipinos will treat the latest scientific tests that reveal them to be less than 1,000 years old.

That these rice terraces are ancient has always been accepted as gospel truth since this was declared by the late American anthropologist H. Otley Beyer in the early 20th century, said Dr. Stephen Acabado, assistant professor of anthropology and archaeology at the University of Guam who had spent years at Ifugao archaeological excavation sites.

Beyer, credited as the Father of Philippine Archaeology, documented the history and culture of Ifugao, where he settled until his death in 1966.

Acabado said the recent archaeological dig results and a comprehensive study of farming in the upland communities across centuries pointed to one inevitable conclusion: That the terraces were built close to 1565 or 1585 during the initial push of the Spaniards toward northern Luzon.

He said this was based on carbon dating of the soil beneath the original stone wall foundations of a few riverside and inland terraces in Banaue, Ifugao.

Data appear to validate theories set in the 1960s and 1970s that the people who built the terraces were Magat River settlers who migrated to the mountains to avoid Spanish colonizers, he said.

These also suggest that the terrace people first cultivated taro (“gabi”) before rice farming was introduced by lowlanders who followed them to the rain-rich mountains after a weather shift left Cagayan Valley with drought.

The details were the outcome of an ongoing Ifugao archaeological project, backed by local villages and the Save the Ifugao Terraces Movement (Sitmo), which Acabado presented at a University of the Philippines (UP) Baguio forum on July 5. He said the project would study new dig sites in Ifugao.

Current findings would not be an easy truth to swallow, Acabado said, given their impact on politics, culture and commerce.

In Acabado’s early writings, particularly his 2010 doctoral dissertation for the University of Hawaii, he acknowledged that the debate about the rice terraces’ age “remains intense because of the implications that are attached to the antiquity of the terraces.”

“The failure of the Spanish to fully subjugate Cordillera groups presents the idea that the Igorots are ‘original’ Filipinos and a later date [for the shaping of the rice terraces] would strip this status away from the Ifugao and other Cordillera groups,” Acabado wrote in his dissertation.

Placing the age of the terraces at between 600 and 800 years meant these relics “are still old,” and would not diminish ritual traditions and oral records which describe the Ifugao as ancient farmers, said Ifugao Rep. Teodoro Baguilat Jr., who pushed the terraces conservation program.

The archaeological evidence may actually be a blow to the tourism industry, not the community, Marlon Martin, Sitmo operations officer, said, citing the fact that most of the marketing brochures distributed internationally still speak of the 2,000-year-old “wonders of the world.”

Baguilat said the terraces’ relatively young age should not diminish their status as a World Heritage Site because antiquity was not a factor when the United Nations Educational, Scientific and Cultural Organization  enshrined the ancient wonders in the villages of Batad and Bangaan in Banaue; Hapao, Dakkita, Maggok and Bakung in Hungduan town; Nagacadan and Julungan in Kiangan town; and in Mayoyao town.

According to the 2008 book, “Impact: Sustainable Tourism and the Preservation of the World Heritage Site of the Ifugao Rice Terraces,” the Ifugao terraces were recognized for their “organically evolved cultural landscape that has been shaped by sacred traditions and the ingenuity of the Ifugao people.”

Baguilat noted an attractive simplicity to the terracing system of Ifugao, which is essentially an ecological management system. The people carved out the stairway-like paddies, following the contours of the mountain, to trap water flowing down from woodlands preserved at the top, he said.

The terraces also encase the humus-rich soil that rolls down the mountains. Each terrace forms ponds which irrigate crops and which hold most of the mountain stones that would otherwise cause landslides under normal conditions.

“I think it’s important to look at Ifugao mythology. The Ifugao epic, ‘Hudhud,’ seems to indicate that our rice culture was prevalent already in the olden times,” Baguilat said.

The “Hudhud,” however, offers scholars, like the late Rev. Francis Hubert Lambrecht, clues that the terraces were shaped at the start of Spanish colonization, Acabado said.

The concept of 2,000-year-old terraces was “a kind of received wisdom that finds its way into textbooks and national histories,” he said in his dissertation.

However, Lambrecht and the late American anthropologist Felix Keesing “were able to observe Ifugao communities building rice terraces … within a year or two, so they argue the terraces were built much, much later,” Acabado said at the UP Baguio forum.

“The terraces are something to write home about. When you see it, you have [to write about it],” he said.

These scholars also observed that terracing was common to the Cordillera and many parts of the country, Acabado said. Terracing, he wrote earlier, was an ancient farming strategy “across the Philippine archipelago,” citing terraces in Quezon province in Southern Tagalog.

“In Ifugao, rice seems to be the center of everything—rituals, social ranking. Rice would be almost always part of their social interactions,” Acabado said.

However, isotope analyses of shards found in one of four excavation sites in Ifugao indicated that the area was “at least 1,000 years old, and the settlements there were at least 700 years old … [and] they were cultivating taro (gabi) instead of rice,” he said.

Acabado cited different theories as to when rice was first planted in these terraces. One, suggested by historical records, is that between 1830 and 1851, “this part of Luzon may have been dry and rice production would have been difficult in Cagayan Valley.”

“But because of [heavy] rainfall, the highlands of the Cordillera were wet … [which may be] one of the reasons for the propagation of wet rice in the mountains,” he said.

Acabado said the most important discovery about ancient Filipinos was the genius of their complex, ritual-based rice farming cycle.

The highlands are “marginal” for rice production, which is laborious and resource-intensive, so a ritual-based farming calendar makes sure village labor is always available, he said.

Acabado first made this observation in his dissertation, arguing that “the cyclical nature of paddy-rice cultivation implies a need for synchronization and cooperation among farmers.”

For example, he wrote, “a farmer’s attempt to reduce pests on a field without the coordination of other farmers will be futile because pests will simply migrate from field to another field.”

“However, if all fields in the system are burned or flooded in coordination with the rest of the fields, pest populations can be reduced,” he said.

Baguilat said reviving the rituals was the core objective of Sitmo’s conservation program, so the terraces are not abandoned and left idle.