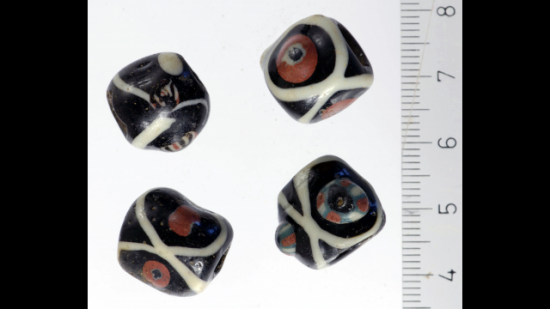 Vikings are stereotyped as raiders and traders, but those who settled in Iceland centuries ago spent more time producing and consuming booze and beef — in part to achieve political ambitions in an environment very different from their Scandinavian homeland, says a Baylor University archaeologist.

But instead, what Zori and his team discovered is what happened when the Vikings spent too long living too high on the hog — or, in this case, the bovine.

"It was somewhat like the barbecue here. You wanted a big steak on the grill,” said Zori, assistant professor in the Baylor Interdisciplinary Core, who co-edited the book Viking Archaeology in Iceland: Mosfell Archaelogical Project with Jesse Byock, Ph.D., professor of Old Norse and medieval Scandinavian studies at the University of California, Los Angeles.

“It made it really showy — if you could keep it up.”

The Viking chieftains used such wealth and cultural displays to flex political muscle with equals or rivals — or, at the other end of the political spectrum, to cement good relations with local laborers and supporters, Zori said.

Zori and Byock’s team excavated a farmstead called Hrísbrú in Iceland’s Mosfell Valley. The farm — inhabited by some of the most famous Vikings of the Icelandic sagas — included a chieftain’s longhouse nearly 100 feet long with a “feast-worthy” great hall, a church and a cemetery of 26 graves indicating a mix of pagan and Christian traditions, with male family members sometimes buried with ship remnants rather than in the simpler Christian manner of leaving earthly possessions behind.

Carbon dating and studies of volcanic eruption layers indicate the longhouse was built in the late ninth or early 10th century and abandoned by the 11th. The archeological team uncovered 38 layers of floor ash, including refuse dumped atop the abandoned house, and discovered samples of bones, barley seeds and valuable imported beads.

“By applying anthropology and medieval texts, we can excavate and compare,” Zori said.

Viking sagas, first written in the 13th century and based on oral traditions, recounted such details as where people sat at feasts, “which shows your ranking . . . These are really old texts, but they read almost like novels. They’re incredible sources. They talk about daily life,” Zori said.

“Yes, the Vikings may have put axes to one another’s heads — but these accounts also describe milking cows.” 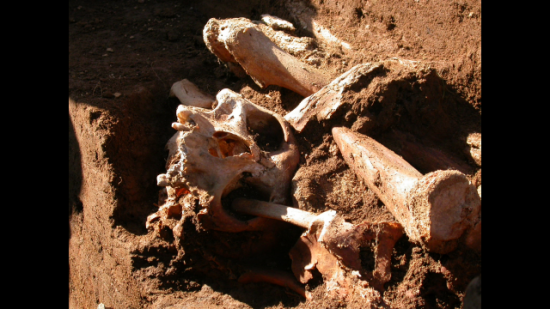 Human bones at a Viking farmstead had rested in a pagan grave but later were dug up and buried close to the altar of the farmstead's ancient church. (Courtesy photo)

When the Vikings arrived in uninhabited Iceland, they found forested lowlands, ample pasture land and sheltered sea inlets. Excavations show that choice cattle were selected for feasts, with ritual slaughter and display of skulls, according to research published by Zori and others in the journal Antiquity. Barley seeds unearthed from floors or refuse heaps indicate barley consumption, and pollen studies demonstrate barley cultivation. Barley could have been used for bread or porridge, but the social value of beer makes it very likely it was used primarily to produce alcohol, Zori said.

Over the centuries, as temperatures in the North Atlantic dropped during the “Little Ice Age,” being a lavish host got tougher.

“Nine months of winter — and three months that are only a little less than winter,” Zori said.

While sheep could find food free range most of the year and were well-suited for cold, the prized cattle had to be kept indoors in large barns during the winter. Savvy supply-and-demand reckoning was crucial to be sure the food lasted — both for cattle and humans — and could be properly preserved.

“They had to decide how many to slaughter and store,” Zori said. “They didn’t have salt, so they had to use big vats of curdled milk as a preservative.”

As the landscape changed due to erosion, climate shifts and cleared forests, it became harder to rear larger numbers of cattle.

High-status households also struggled to grow enough grain for beer-making and local consumption, based on historical accounts and confirmed by a growing body of archeological data. With a shorter growing season and colder climate than in their homelands in mainland Scandinavia, Icelandic, Vikings would have needed more laborers to improve the soil — and as the chieftains’ power waned, they would have had trouble attracting workers to fertilize and maintain the grain fields. As the same time that barley cultivation stopped, the local chieftains are no longer mentioned in the Viking sagas.

“You can see in the archeological evidence that they adjusted their strategy and gave it up eventually,” Zori said. “It got harder and harder to keep up that showiness – and when that collapsed, you didn’t have that power, that beer and big slabs of beef to show off.”

“You wonder what came first for the chieftains at Hrísbrú: Were they no longer powerful and didn’t need barley and beef? Or could they just not keep it up and so they lost power? I favor the second explanation,” Zori said.

“What we’re doing now is to let the archaeology speak, both for itself and for proof to verify (the texts),” he said. “Investigating politics breathes life into it, instead of just saying, ‘Here are three rocks.’ You can ask deeper questions.”

Zori argues that Viking chieftains’ drive to produce expensive beef and beer caused them to put their political aspirations above the greater good of the community.

“Maybe we don’t need the Vikings to prove this, but it shows you that politics can become more important than creating a productive society.”