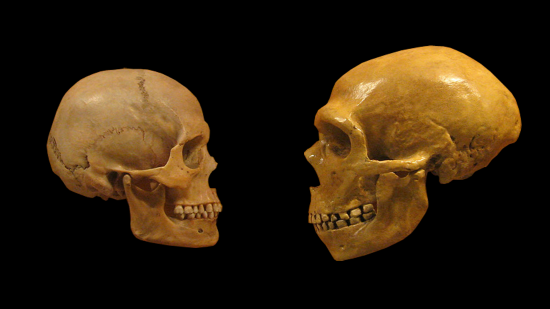 Paleoanthropologists were in the limelight yesterday (Sept. 10), when they announced the discovery of a new ancient-human species. Homo naledi—named after “star” in a local South African language—is special for many reasons, but one that stands out is its tiny brain.

The discovery, however, raises more questions than it answers. For instance, it’s not clear yet where H. naledi sits in the tree of human life. Its brain size provides one clue.

Our ancestors had brains that kept growing in size. From the smallest at 400 ml, belonging to P. aethiopicus who lived 2.5 million years ago, to the largest at 1,500 ml, belonging to H. neanderthalensis who died out about 40,000 years ago. The growth reversed after the Neanderthals—modern humans have a brain that’s about 1,300 ml. (Though, to be sure, it doesn’t mean Neanderthals were smarter than us.)

Here’s how the evolutionary tree looks, as measured by our semi-scientific “tennis ball index”: 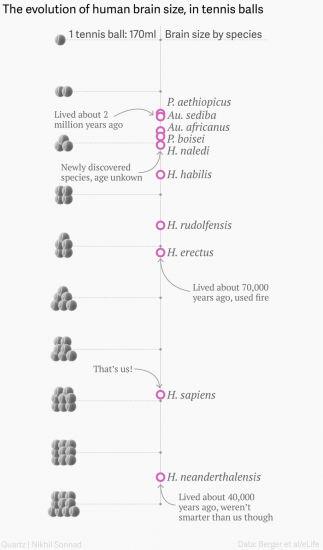