Biological anthropologist Dana Beehr has opened a new window onto the lives of Hopewell people that lived in Illinois and Ohio. In her University of Illinois at Urbana-Champaign PhD dissertation she reports the results of her study of the chemical composition of teeth from 43 individuals buried at the Utica and Albany mound sites in Illinois and 38 individuals from the Hopewell Mound Group in Ohio. 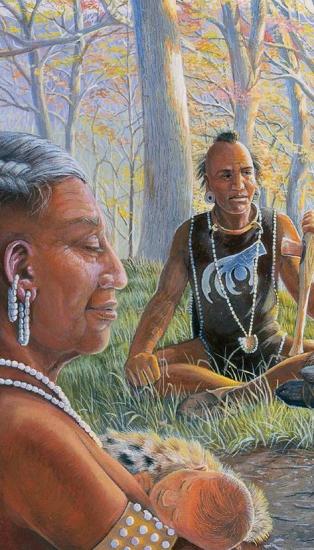 Specifically, Beehr looked at the relative proportions of two isotopes, or varieties, of the element strontium that had been incorporated into the structure of the teeth of these people over the course of their lives. The relative proportions of these isotopes vary from place to place allowing scientists to determine whether individuals buried in an Ohio mound might actually have come from some other part of the country. Beehr's results provide a wealth of information regarding the lives of these individuals as well as insights into the broader patterns of population movement during this remarkable period of Ohio’s past.

Among her results is the observation that the Hopewell Mound Group in Ohio was “experiencing higher levels of immigration than the two Illinois sites.” Based on their differing ratios of the two strontium isotopes she identified five “potential immigrants” at the Hopewell Mound Group. Beehr reports that these five people appear to match the isotopic signature of Minnesota populations, but she cautions that these data do not prove that this was their actual homeland. There might be other areas that will prove to have similar strontium isotope signatures once samples from these areas are tested.

Four of the potential immigrants were females suggesting that the Hopewell practiced what is known as patrilocal residence – meaning males remained in their home communities and females left home to live with their husband’s families. Two of these female potential immigrants, however, were represented by either an isolated skull or mandible. Often, these detached skulls and mandibles are interpreted as trophies of war, but since these were older females and not males, who are more likely to have been warriors, Beehr argues that this interpretation is unlikely. Perhaps they are the remains of venerated women -- equivalent to Christian saints whose bones were cherished as relics because they were believed to possess spiritual power.

Beehr concludes that the Hopewell Mound Group not only had the largest number of potential immigrants of the three sites she studied, but that it had the most variability in strontium isotope ratios, “suggesting that its population came from a wider variety of potential homelands than the other sites. 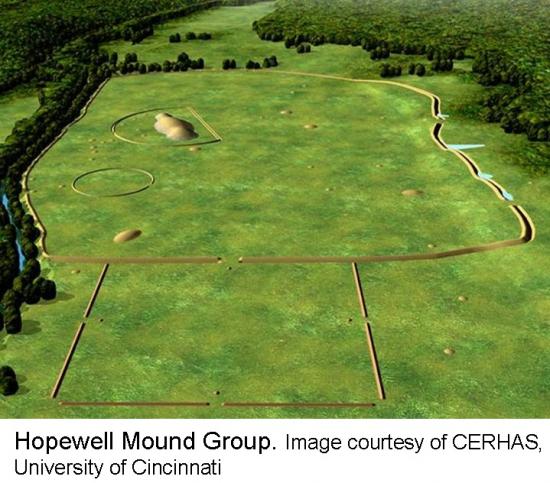 Moreover, Beehr notes that her study may be underestimating the amount of migration in these Hopewell groups, since immigrants may have been coming from other regions that happened to have similar strontium isotopic signatures.

Regardless, these results affirm the importance of the Hopewell Mound Group as a particularly important center of the Hopewell culture, which attracted large numbers of people from different regions. The idea that the monumental Hopewell earthwork complexes were pilgrimage destinations for a wide area of eastern North America is consistent with these data.

Beehr’s research, undertaken with teeth from 25 ancient human remains curated by the Ohio Historical Society (the other 13 Hopewell individuals are curated by the Field Museum in Chicago), hints at how much we still can learn from these traces of ancient human lives and reminds us of the value of the respectful curation of these few actual witnesses of the amazing achievements of the Hopewell culture. Their testimony is helping to fill in the blank pages of Ohio’s history.