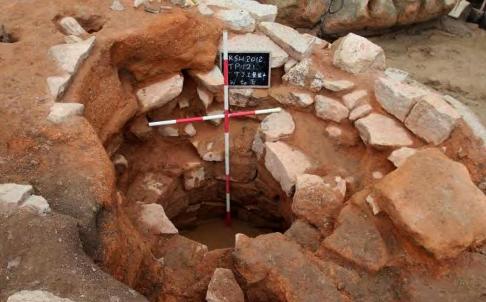 One of the wells unearthed in the dig at Kai Tak. Photo: SCMP Pictures

Government conservation advisers will today visit a site near the Sha Tin-Central rail link amid calls for the administration to take over an archaeological dig there that has produced a vast trove of relics dating back more than seven centuries.

Archaeologists commissioned by the MTR Corporation have been studying the 14,500 square metre site in Kai Tak for more than a year and the search area has been extended since the discovery of a huge array of artefacts and structures, dating from the Song dynasty (960-1279) to the early 20th century. But after four wells were removed from the site, and amid calls from conservation groups for work on the nearby To Kwa Wan station to be delayed, members of the government's Antiquities Advisory Board are to find out the latest on the dig today. 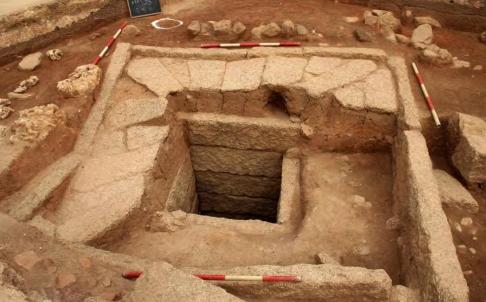 One of the wells unearthed in the dig at Kai Tak. The square one dates back to the Song dynasty and has been earmarked for preservation. Photo: SCMP Pictures

The MTR was ordered to study the site, close to the long-delayed rail line, as a planning condition. A team of archaeologists, led by Dr Liu Wensuo of Sun Yat-sen University in Guangzhou, began what was due to be a year-long dig in November 2012. 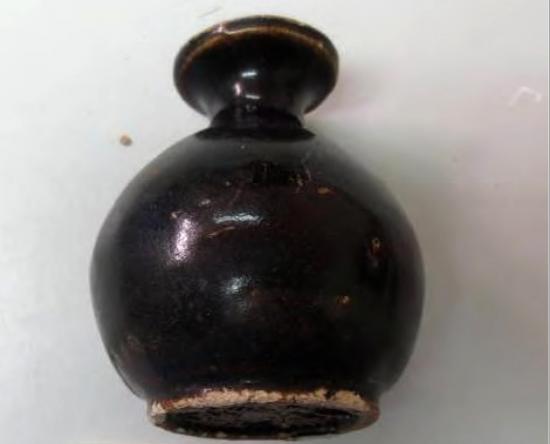 A pottery vase dug up by archaeologists working for MTR. Photo: SCMP Pictures

So far, the team has filled at least 1,000 boxes with what it calls "general finds" and labelled 3,700 items as "special finds. Some 239 structures have been discovered.

Development minister Paul Chan Mo-po highlighted one find on his blog last month: a square well dating to the Song era, which archaeologists said in their report to the government's Antiquities and Monuments Office should be preserved in situ.

The government confirmed yesterday that four other, newer, wells had been removed, adding: "The archaeologist recommended preserving these archaeological features by detailed recording, with the artefacts salvaged and kept … for future research and display purposes."

Albert Lai Kwong-tak, of lobby group Professional Commons, called on the government to take over the study from the MTR and invite members of the public to oversee the work. He said allowing the MTR to continue to oversee the dig presented a conflict of interest as the rail operator would want to get on with excavation work needed for the railway.

The MTR has faced criticism in recent weeks after announcing a two-year delay to the high-speed rail link to Guangzhou.

An MTR spokeswoman said the company was taking instructions from the Antiquities and Monuments Office.

"The MTR doesn't know how to do archaeology. We only know things concerning the engineering part," she said.

"That's why we have hired an expert who communicates with the Antiquities and Monuments Office, and his suggestions on how to handle the relics have to be approved by the office."

The spokeswoman conceded that construction would be affected, but the impact could not be determined yet. The HK$80 billion Sha-Tin-Central link is due to connect to Hung Hom by 2018 and Admiralty by 2020.

Advisory board members said yesterday that they did not know the condition of the relics. One member, Tim Ko Tim-keung, expressed concern at the MTR's possible conflicts of interest.

"It is inevitable it will affect the progress of the … link project. But given such an important discovery, which can help reconstruct the identity of Hong Kong, it is worth it, even if the railway has to make way for it," Ko said.

... Of particular note is the nullah, which is historically the first of its kind in Hong Kong, and suggests that the site was not just that of a small village but of a larger, possibly military installation.

The Song dynasty of China lasted from 960 A.D. until 1279 A.D. and was historically known as the first government in the world to issue banknotes and use gunpowder to repel its enemies.  This was in addition to being a cultural high point with major advances in technology, science and engineering.

The dynasty was distinctly divided into two historical periods: The Northern (960-1127) and the Southern Song (1127-1279), during the latter of which the northern part of China was lost in conflict with the competing Jin dynasty.

It was during this time that the Song dynasty bolstered its navy to defend its waters from foreign invaders, which could possibly explain the nature of the discovery in Hong Kong.

The Song dynasty was eventually crushed by the invasion by Emperor Kublai Khan's forces in 1279, once again unifying China, this time under the Mongol Yuan dynasty.