"I first became aware of geographic information systems during a sabbatical at Southampton University in 1991," explains Professor Niiro. "I decided to experiment with this technology for archaeological surveying when I returned to Japan. It enables me to visualize and analyze many types of geographical information such as topographic details of maps."

Initially Professor Niiro started by using IDRISI from Clark University. "These days I use GRASS (Geographic Resources Analysis Support System) open source system software," says Professor Niiro. "The data analysis was initially done using the Perl programming language, but these days I use Python." Professor Niiro confides that there are very few archaeologists in Japan, if any, who produce their own software programs to analyze geographic information.

Findings by Professor Niiro include visualization of a bronze mirror from the early Kofun Period, third century (Figs. 1 and 2). "I wrote my own software to visualize the surface of the mirror based on 3D scan information," explains Professor Niiro. "Our results clearly show a triangular-rimmed mirror that is decorated with deities and beasts." 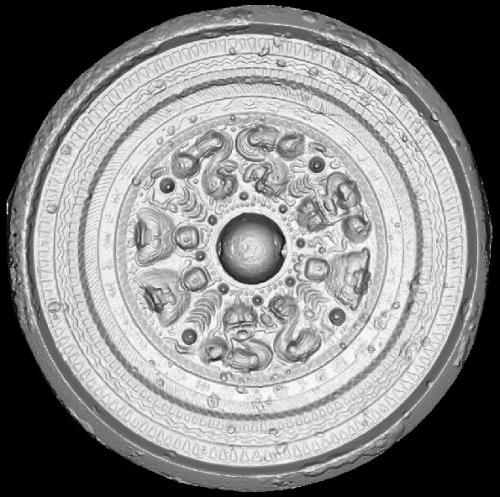 Japan has many Kofun sites. Fig. 3 shows the distribution of typical 'key-holed' burial mounds in Okayama Prefecture. The largest site in Okayama and the fourth largest in Japan is the Tsukuriyama Kofun—the burial mound of the king of the 'Kibi' completed in the fifth century. The tomb consists of the main Tsukuriyama burial mound and six smaller structures to the south. The dimensions of the Tsukuriyama Kofun are: length-350m, key-hole diameter-200m, height-31 m, and front length-215m. "Our analysis shows that it was built using very precise procedures using Chinese 'shaku' units of length," says Professor Niiro. "One shaku is 232 mm." 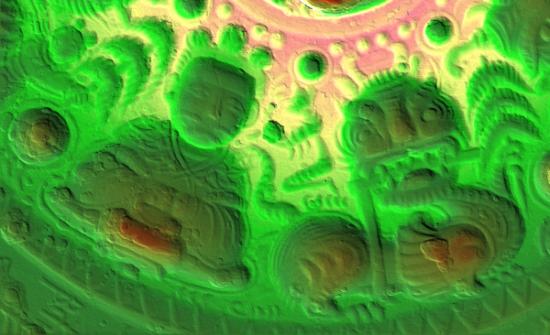 Fig. 2 A part of the same mirror shown in Fig. 1, showing details of a deity and beast visualized from data of 3D scans.

Recently, Professor Niiro is extending his research activities to the effect of disasters on culture and civilization. "Volcano eruptions have had tremendous effects on the environment and human culture," says Professor Niiro. "In particular the sixth century saw unprecedented changes in the environment. In Japan, the Emperor of the time ordered the storage of rice in northern Kyushu to assist people in Korea who were affected by disasters precipitated by global climate changes. Similar disastrous effects of climate changes occurred in Ireland. The recent massive earthquake and tsunami in Tohoku has led to the rise in 'disaster archaeology'. The Kofun Period ended in 600 AD probably due to climate change. This led to the introduction of Buddhism in Japan. Archeologists still have a lot to do. "