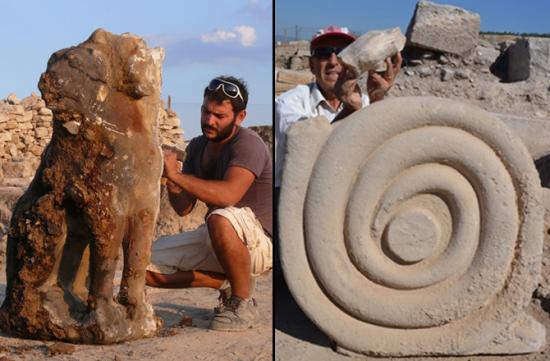 One statue depicts a snake rolled onto itself, a clear symbol of the underworld. The other shows Kerberos, or Cerberus, the three-headed watchdog of hell in Greek mythology. FRANCESCO D’ANDRIA

Archaeologists digging in Turkey have found the guardians of the "Gate to Hell" -- two unique marble statues which once warned of a deadly cave in the ancient Phrygian city of Hierapolis, near Pamukkale.

Known as Pluto's Gate -- Ploutonion in Greek, Plutonium in Latin -- the cave was celebrated as the portal to the underworld in Greco-Roman mythology and tradition. It was discovered in March by a team led by Francesco D'Andria, professor of classic archaeology at the University of Salento. 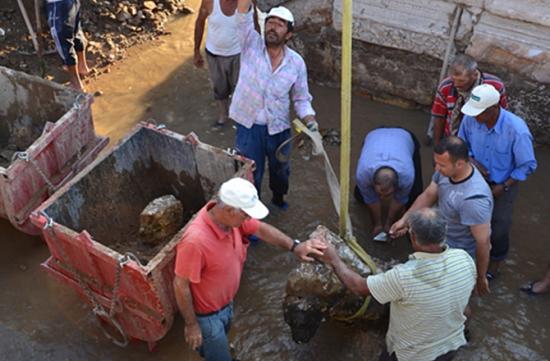 "The statues represent two mythological creatures," D'Andria told Discovery News. "One depicts a snake, a clear symbol of the underworld, the other shows Kerberos, or Cerberus, the three-headed watchdog of hell in the Greek mythology."

Rolled onto itself, the snake looks threateningly toward anybody trying to approach it, while the 4-foot-tall Kerberos resembles the Kangal, the Anatolian shepherd dog.

The sculptures were found as archaeologists further excavated the area where in March they unearthed the remains of the Plutonium, which included an inscription dedicated to the deities of the underworld -- Pluto and Kore.

The dig revealed the source of the thermal springs, which produce the famous white travertine terraces. 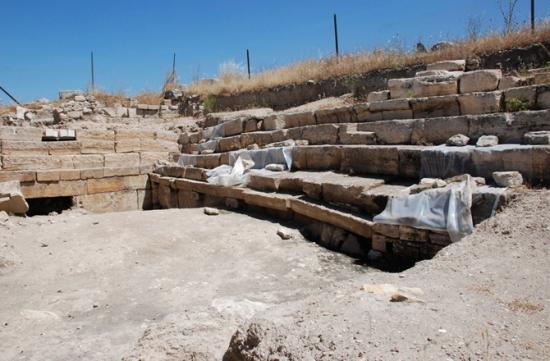 Believed to have healing properties, the hot springs made the Roman city of Hierapolis -- now a World Heritage Site -- a popular destination for pilgrimages.

Both marble statues emerged from the thermal water, leaving little doubt that the site was indeed Pluto's Gate. The cave was described in historic sources as filled with lethal mephitic

"This space is full of a vapor so misty and dense that one can scarcely see the ground. Any animal that passes inside meets instant death," the Greek geographer Strabo (64-63 B.C. to about 24 A.D.) wrote about the site.

"I threw in sparrows and they immediately breathed their last and fell," he added.

"They were instantly killed by the carbon dioxide fumes," D'Andria said.

Strabo's account was confirmed during the excavation, as D'Andria and colleagues found several dead birds and insects near the opening.

In the previous excavation, the archaeologists also found the remains of a temple, a pool and a series of steps placed above the cave -- all matching the descriptions of the site in ancient sources.

The site represented an important destination for pilgrims. People watched the sacred rites from steps above the cave opening, while priests sacrificed bulls to Pluto. The ceremony included leading the animals into the cave, and dragging them out dead.