A Roman-era temple, which was discovered in 1932 in Hatay, is being unearthed during excavations that have been continuing for the past two years 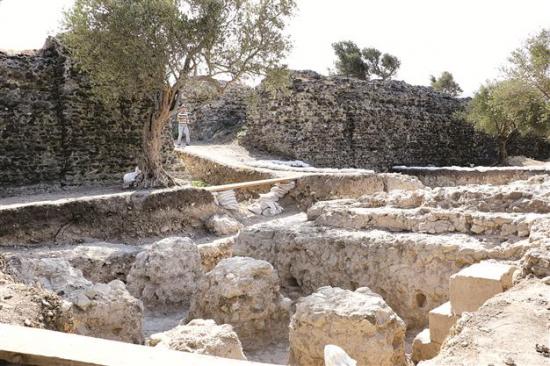 Works have been continuing to unearth a unique temple discovered during the French era in the eastern province of Hatay in 1932 which may date back to the Roman period.

Mustafa Kemal University academic Hatice Pamir, who is the head of the excavations, said the excavation site in the Küçükdalyan neighborhood was defined as a temple in 1932 by Princeton University but no work had been conducted on it.

She said the first work on the structure began in 2011, and continued:

“Four years ago we cleaned the temple and conducted geophysical research to determine the form of the structure. The decision to carry out excavations in the temple was made in 2013. Now we are in the second season of the excavations. We estimate that the temple is one of the rare structures in Turkey in terms of its structure and dimensions. It is big just like the Artemis Temple in Ephesus and the Apollo Temple in Didim. Currently, it is 105 meters long north to south and 75 meters wide east to west. It has unique architecture.” 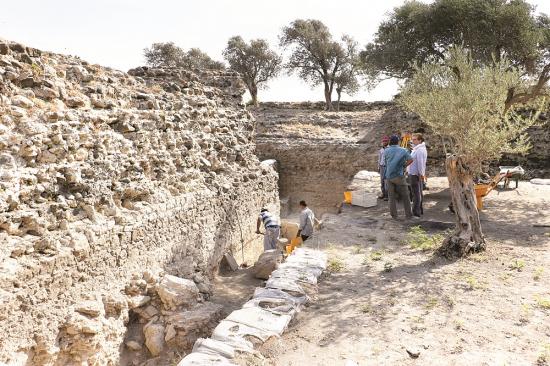 Pamir said they were in the beginning stages of the excavations, and it would take time to reach clear data, adding, “Considering the materials and techniques in the construction, we believe that we will see a very unique structure.”

She said the visible part of the temple and its general plan referred to the Roman era, and that it would be possible to reach data from various eras as excavations continued.

“The city was formed in 300 B.C. This is why it may have a history dating back to the Hellenistic era. There is also a possibility that it was burned and a new temple was built on top of it,” she said.

Pamir said the temple had been used for various purposes, including agriculture, for many years, and was filled with earth over time.

“We take care to protect the structure and its surrounding area during the [excavation] works. We can reveal the technical details of the structure in a few years,” she concluded. 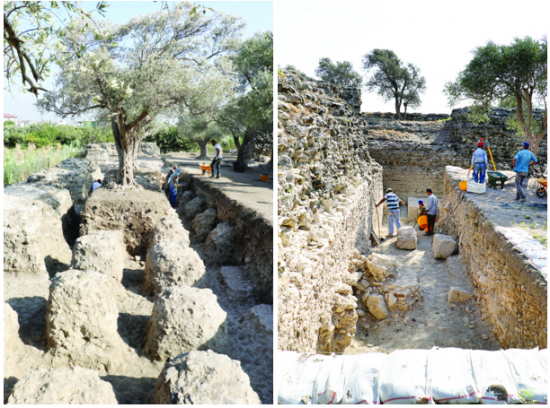