Gizeh (Egypte) : the Causeway for the Great Pyramid Found 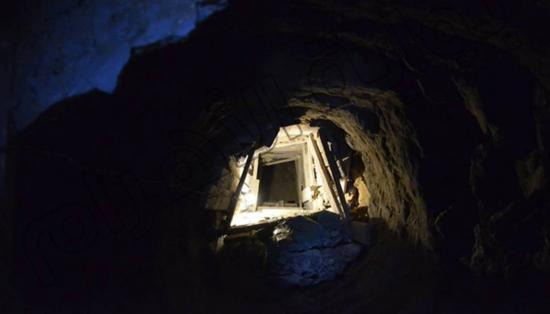 The newly-discovered underground causeway leading to the Great Pyramid of Giza. Credit: Ahram.org.

An Egyptian citizen, identified as "Nagy" by Arabic news siteAhram.org, was illegally digging in his backyard when he found a tunnel leading to the Pyramid of Khufu. The pyramid, nicknamed the Great Pyramid, is the oldest and largest of the three Giza Pyramids.

Nagy, a resident of the El Haraneya village, near the Giza Plateau, dug 33 feet beneath his house before he found the corridor, made from stone blocks. Egypt's Ministry of Antiquities sent archaeologists to the scene, and a committee confirmed the passage to be the pyramid's legendary causeway.

Archaeologists have searched for decades for the passage to the pyramid. The causeway is mentioned in the Histories by the Greek Herodotus, who claims to have visited it in the fifth century B.C.E. Herodotus wrote that the passage was enclosed and covered in reliefs, but before Nagy's excavation, only small remnants of the causeway had been found. 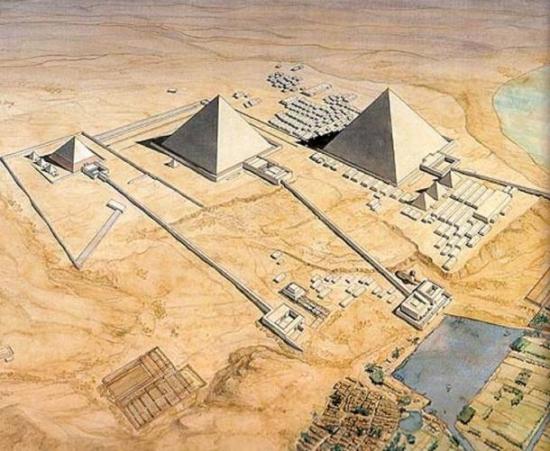 Artist's reconstruction of the pyramids of Giza, showing the long causeways attached to each complex. (Saint Anselm College)

The Khufu pyramid complex is known to have connected to an undiscovered temple near the Nile River. Thanks to the new discovery, archaeologists believe the temple may be buried beneath the village of Nazlet el-Samman.