The Biblical city of Gezer shows evidence of two fiery conflagrations over 3,000 years ago. 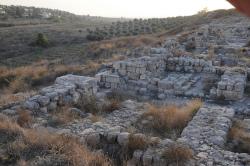 The archaeological excavations being conducted at the site of ancient Gezer in northwestern Israel have recently revealed some tantalizing finds, one of which came as a surprise to excavators who just completed digging there during the summer of 2013.

"In this, the sixth season of excavation," reports co-directors Steven Ortiz of the Southwest Baptist Theological Seminary and Samuel Wolff of the Israel Antiquities Authority, "one goal was to remove a portion of the city wall built in the Iron IIA period (10th century BCE) in order to investigate a Late Bronze age destruction level (ca. 1400 BCE) that lay below it. To the surprise of the team, in the process of excavating the city wall, an earlier wall system dating to the Iron Age I (1200-1000 BCE) was discovered."*

The finding is significant in that it could provide possible new additional insight and evidential support for events recorded by the Biblical text relating to the king of Gezer organizing a Canaanite coalition against the Hebrew leader Joshua, and David's battle with the Philistines where he pursued them “all the way to Gezer", implying a close relationship between Canaanite Gezer and the Philistines during this period.

Ortiz and Wolff went on to add that the earlier wall "was one meter thick with several rooms attached to it. These rooms were filled [with debris] by a massive destruction, nearly one meter in height, that included Canaanite storage jars, Philistine pottery and other items."*

Digging further, the excavation team then encountered the anticipated Late Bronze Age destruction level. Among the finds were several pottery vessels, a cache of cylinder seals, and a large Egyptian scarab with the cartouche of Amenhotep III. Ortiz and Wolff suggest that this level constituted the remains of an earlier city destroyed during the Egyptian 18th Dynasty's rule over the southern part of the Levant. Amenhotep III was the father of the heretic King Akhenaten and also grandfather to Tutankhamun, whose famous tomb and rich trove were discovered in 1922 by Howard Carter and Lord Carnarvon.

"This destruction corresponds to other destructions of other cities in the region, a reflection of the internecine warfare that was occurring between the Canaanite cities as reflected in the well-known Tell el-Amarna correspondence", reported the co-directors.*

Historically, Gezer was a major city located along the strategic coastal highway between Egypt and Mesopotamia. According to the Biblical account, Gezer was conquered by an Egyptian pharaoh and later given to Israel's King Solomon as a wedding gift related to Solomon's marriage to the pharaoh’s daughter. Solomon is also recorded in the Biblical account to have built walls around Gezer, as he did with Jerusalem, Hazor, and Megiddo, all sites that are currently under excavation. Excavations at Gezer have been regarded as a key to understanding and resolving the debate among Bibilical scholars and archaeologists regarding the appropriate chronology of events and ruling Israelite and Judahite kings. Gezer is also known for its massive ancient water tunnel system, which is also currently under excavation, and the famous so-called "Gezer Calendar", a 10th-century BCE inscribed limestone tablet discovered in 1908 in excavations there by R.A.S. Macalister. The "calendar" is thought to record monthly or bi-monthly periods related to agricultural practices. 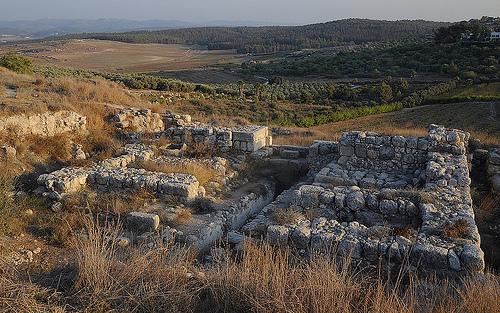 Say Ortiz and Wolff: "The Gezer expedition is slowly stripping away layers of public and domestic structures of the 8th and 9th centuries BCE in order to reveal the 10th century city plan adjacent to the City Gate. This summer the tops of the 10th century walls began to poke out, making the archaeologists optimistic that in future seasons more of the Solomonic city will be exposed."*

The dating of the Iron Age city gate complex and associated city structures at Gezer has been a part of the ongoing chronology debate.

More information about Gezer and the excavation project, and how one can participate, can be obtained at the project website.