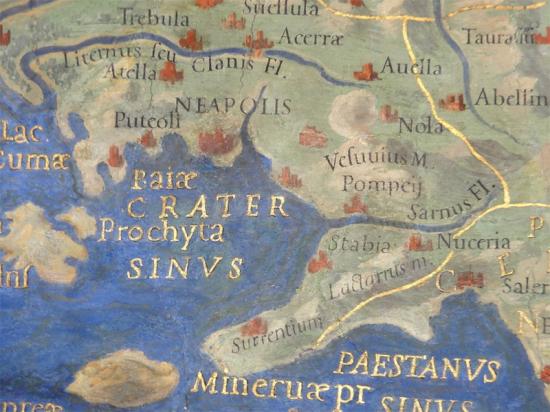 Geological knowledge is essential for the sustainable development of a "smart city" -- one that harmonizes with the geology of its territory. Making a city "smarter" means improving the management of its infrastructure and resources to meet the present and future needs of its citizens and businesses. In the May issue of GSA Today, geologist Donatella de Rita and classical archaeologist Chrystina Häuber explain this idea further by using early Rome and Naples as comparative examples.

The authors describe Rome prior to Republican Times as a smart city because its expansion did not substantially alter the natural features of the area, and natural resources were managed to minimize environmental risks. Rome, which had at that time an economy based on agriculture, developed on small hilltops, and its position on the Tiber alluvial plain ensured fertile soils and easy commerce between river banks. Farms were plentiful, even inside the city walls, ensuring the self-sustenance of the city. Rome was also favored by an abundance of water resources, such as the Tiber and Aniene Rivers, and several natural springs inside the city walls.

In contrast, during the same period, Naples was exposed to more geological hazards and had fewer natural resources. Naples was located within an easily defendable bay, and as such its economy was dominated by sea trade. The rugged geomorphology of Naples' interior territory significantly limited agriculture and diversification. Rather than being able to expand outward, Naples mostly grew vertically, using as foundations the natural marine terraces bordering the coast. Geomorphology, therefore, played a key role in constraining the importance of Naples to the Roman Empire, according to de Rita and Häuber.

Over time, however, rapid urban expansion and concomitant population growth led to the overuse of resources and increased hazards for both cities, write de Rita and Häuber. As a result, the cities became unstable and fragile, with disasters resulting from several natural processes, such as flooding, volcanism, CO2 emissions, and earthquakes.