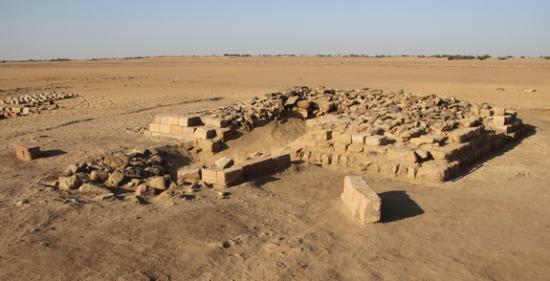 One of 16 pyramids uncovered in a cemetery in the ancient town of Gematon in Sudan. The pyramid likely rose more than 39 feet (12 meters) in height. Credit: D. A. Welsby; Copyright SARS NDRS Archive

The remains of 16 pyramids with tombs underneath have been discovered in a cemetery near the ancient town of Gematon in Sudan.

They date back around 2,000 years, to a time when a kingdom called "Kush" flourished in Sudan. Pyramid building was popular among the Kushites. They built them until their kingdom collapsed in the fourth century AD.

Derek Welsby, a curator at the British Museum in London, and his team have been excavating at Gematon since 1998, uncovering the 16 pyramids, among many other finds, in that time. "So far, we've excavated six made out of stone and 10 made out of mud brick," Welsby said.

The largest pyramid found at Gematon was 10.6 meters (about 35 feet) long on each side and would have risen around 13 m (43 feet) off the ground.

Wealthy and powerful individuals built some of the pyramids, while people of more modest means built the others, Welsby said. "They're not just the upper-elite burials," he said.

In fact, not all the tombs in the cemetery have pyramids: Some are buried beneath simple rectangular structures called "mastaba," whereas others are topped with piles of rocks called "tumuli." Meanwhile, other tombs have no surviving burial markers at all. 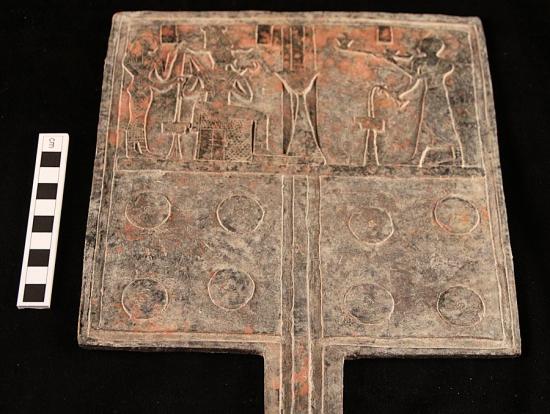 A tin-bronze offering table was found in one of the tombs beneath a pyramid in the cemetery in Sudan.
Credit: D. A. Welsby; Copyright SARS NDRS Archive

In one tomb, archaeologists discovered an offering table made of tin-bronze. Carved into the tableis a scene showing a prince or priest offering incense and libations to the god Osiris, the ruler of the underworld. Behind Osiris is the goddess Isis, who is also shown pouring libations to Osiris.

Though Osiris and Isis originated in Egypt, they were also venerated in Kush as well as other parts of the ancient world. The offering table "is a royal object," Welsby said. The person buried with this table "must have been someone very senior in the royal family."

Most of the tombs had been robbed, to some degree, in ancient or modern times. The only tomb with a pyramid that survived intact held 100 faience beads (faience is a type of ceramic) and the remains of three infants. The fact that the infants were buried without gold treasures may have dissuaded thieves from robbing the tomb, Welsby said. 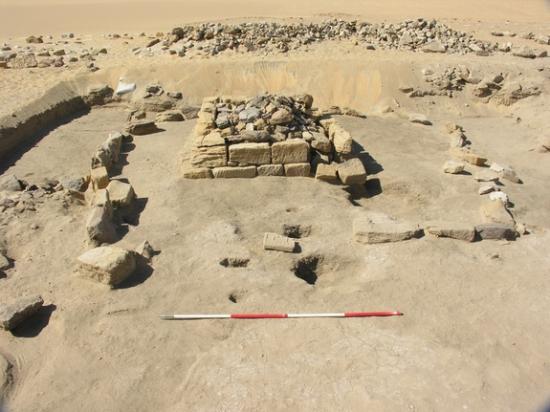 As the Kushite leaders lost wealth, their ability to rule faded. Gematon was abandoned, and pyramid building throughout Sudan ceased.

Wind-blown sands, which had always been a problem for those living at Gematon, covered both the town and its nearby pyramids.