The material values dating back to the Urartian (Van) kingdom period which have recently been discovered in Gegharkunik region of Armenia, are being cleaned and restored in the restoration laboratory of Protection Service SNCO of Armenia. The service informed Panorama.am that certain findings stand out in terms of their form and preparation method, namely the red, polished jug-cup with two lugs, the ancient clay bawl, the two large oval agate beads, engraved inserts made of animal vertebrae bones, the remains of iron daggers and spears and some others are of paramount importance. The anthropological and animal remains make up a large part of the findings. 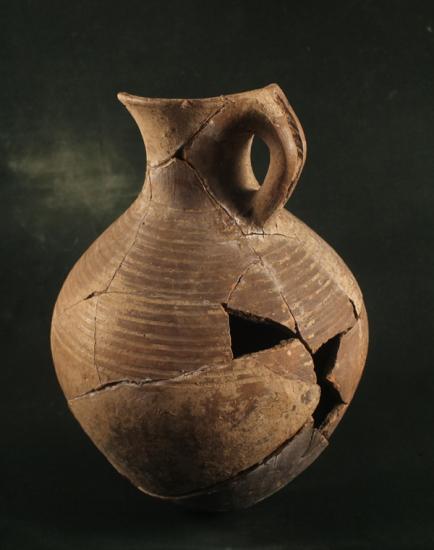 According to Deputy of the SNCO’s Director on scientific works, Doctor of Historical Sciences, Professor Ashot Piliposyan the archaeological finds which are currently under study are exceptional and date back to the 7th century BC.

“We received a call from the Geological Museum of Gegharkunik noting that the villagers have accidentally come across archaeological findings during the construction works, however they could not manage to acquire the important materials due to the lack of funds. We headed to the scene to study the area to find out that a mausoleum of Urartian period had really been discovered near the cemetery in Hatsarat village of Gavar. Following the talks the inhabitant who had discovered the archaeological findings agreed to completely hand it over to the Protection Service SNCO,” Ashot Piliposyan noted.

The objects will be cleaned and restored to later be displayed as part of Metsamor Historical and Archaeological Museum-Reserve's permanent exhibition of Urartian era.

In the words of Ashot Piliposyan the remains of the human beings are of paramount importance. Currently the material is being studied by SNCO’s archaeologist Hasmik Simonyan. “Human and animal bones have been found out in the mausoleum. The current study shows that they belonged to five adults four of whom were men. It is already clear that those men have suffered spine diseases. We have launched the activities of joining the bones which will be followed by skull restoration, which is the most difficult part as the skull bones are crushed. The skull studies will reveal the death causes of those people,” he noted. 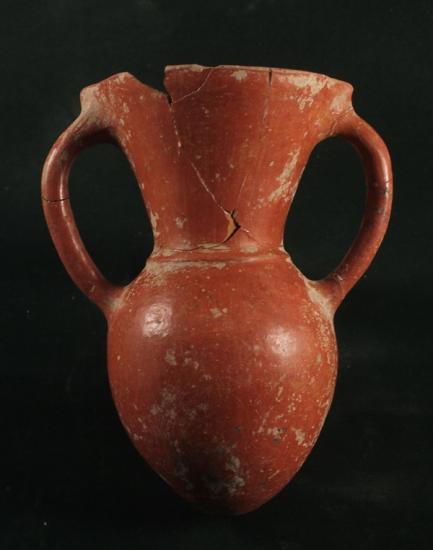 Due to Hasmik Simonyan’s hard and responsible work it will be possible to acquire important information on the lifestyle of the Urartian people.