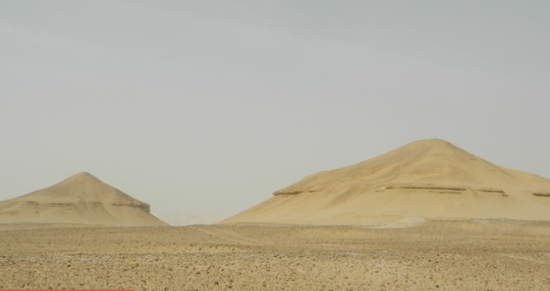 Are these formations in the Egyptian desert long lost pyramids? Or are they just naturally occurring pyramidal rock outcrops? The structures were spotted last year by amateur satellite archaeologist Angela Micol. She used Google Earth 5,000 miles away in North Carolina. MOHAMED ALY SOLIMAN

Mysterious, pyramid-like structures spotted in the Egyptian desert by an amateur satellite archaeologist might be long-lost pyramids after all, according to a new investigation into the enigmatic mounds. 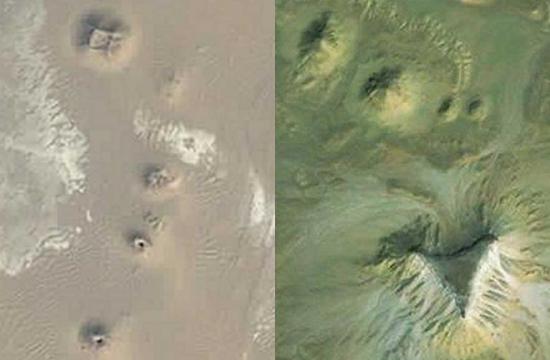 Located about 90 miles apart, the two possible pyramid complexes appeared on aerial imagery as an unusual groupings of mounds with intriguing orientations. One site near the Fayum oasis revealed a four-sided, truncated mound approximately 150 feet wide and three smaller mounds in a diagonal alignment (left).The other site, just 12 miles from the city of Abu Sidhum along the Nile, featured two large and two small mounds (right). ANGELA MICOL

"Moreover, it has emerged these formations are labeled as pyramids on several old and rare maps," Micol told Discovery News.

One site in Upper Egypt, just 12 miles from the city of Abu Sidhum along the Nile, featured four mounds with an unusual footprint.

"The images speak for themselves," Micol said when she first announced her findings. "It's very obvious what the sites may contain, but field research is needed to verify they are, in fact, pyramids,"

"After the buzz simmered down, I was contacted by an Egyptian couple who claimed to have important historical references for both sites," Micol said.

The couple, Medhat Kamal El-Kady, former ambassador to the Sultanate of Oman, and his wife Haidy Farouk Abdel-Hamid, a lawyer, former counselor at the Egyptian presidency and adviser of border issues and international issues of sovereignty, are top collectors of maps, old documents, books and rare political and historical manuscripts.

El-Kady and Farouk have made important donations to the Egyptian state and the U.S. Library of Congress. Their various gifts to the Library of Alexandria include Al-Sharif Al-Idrissi's map of the Earth drawn for King Roger II of Sicily in 1154.

According to the couple, the formations spotted by Micol in the Fayum and near Abu Sidhum were both labeled as pyramid complex sites in several old maps and documents.

"For this case only, we have more than 34 maps and 12 old documents, mostly by scientists and senior officials of irrigation," El-Kady and Farouk told Discovery News.

For the site near the Fayum, they cited three maps in particular -- a map by Robert de Vaugoudy, dating from 1753, a rare map by the engineers of Napoleon Bonaparte, and a map and documents by Major Brown, general of irrigation for Lower Egypt in the late 1880s. 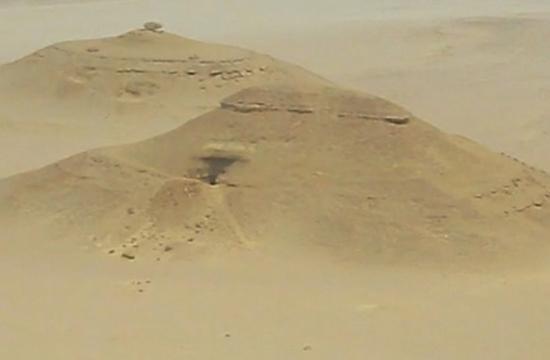 Suspecting the mounds were ancient in origin, locals tried to dig into one of the two smaller mounds.MOHAMED ALY SOLIMAN

The excavation failed due to striking very hard stone that Aly and Micol believe may be granite.MOHAMED ALY SOLIMAN 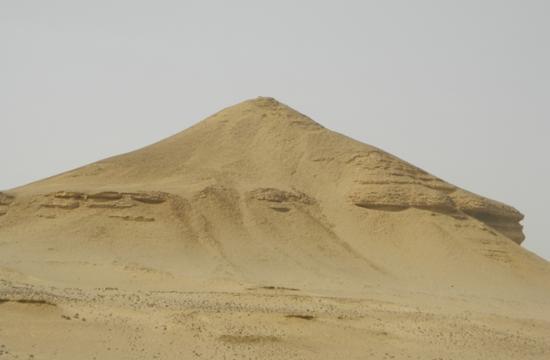 Apart from the two larger and smaller mounds, the expedition team believes the site features a temple or habitation and a row of what may be mastaba tombs adjacent to the mounds. They are shown in the red rectangle thanks to a false color imaging technique developed by Micol.  ANGELA MICOL