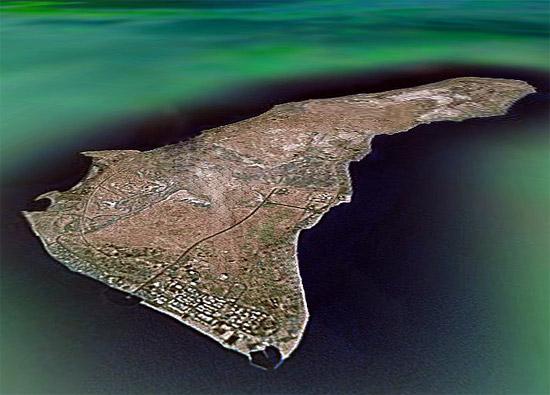 Failaka Island is an important historical land, which is a perfect place for archeological excavations. Many foreign excavation teams have worked on the Island to highlight the cultural value and importance of this piece of land.  The Polish Embassy in Kuwait hosted a press conference yesterday on the Kuwaiti-Polish archaeological survey conducted along Failaka coast. At this conference the Polish excavation team presented some of their latest findings and results of surveys they made.

Summing up the results of the survey conducted by the joint Kuwaiti – Polish Archaeological Mission along the Island’s coast, they stressed the importance of recognizing archaeological evidence on Failaka.

“It was such a comprehensive and intensive survey along the island’s seashore. Apart from dumping sites occupied by campers or those at Awazim and Qurainiya which have already been explored by archaeologists, the  members of the mission walked through every region situated along the coast,” said Dr Franciszek Pawticki, a member of the Polish excavation team.

“As a result, within two months over 180 sites, different stone structures, pottery assemblages, farms, enclosures and desert wells were identified, registered, documented and finally inserted into the map,” he added.

Pawticki thinks that a program to salvage the archaeological sites should be implemented due to the importance of the cultural heritage of what has already been discovered on Failaka and what will be found in coming years.

“The regions of Sabbahiya, Urn ad-Dakhan, Matitah, Khariab Al-Dasht and Mourghy should be regarded as archaeological sites with a density of different historical structures dating back to the mid and late Islamic period. In our opinion, these sites and the areas around them should be excluded from any modernization program on the island, at least until the research is fully completed,” he said.

A comprehensive historical study of the development of Islamic settlements located along the southern and northern coasts should be undertaken to understand the relationship between villages. No settlement existed in isolation, and the availability of water might be a potential factor related to the phenomenon of clustering as with Urn ad-Dakhan – Sabbahiya, Kharain Al-Dasht – Mourghy or Al-Saad Al-Aali – Matitah with large gaps in between. Further archaeological exploration could result in much more information about all other occupation practices of the inhabitants of Failaka,” concluded Pawticki.

This year, we surveyed Failaka Island and found settlements on the north and south coasts. We know the relation between the societies that settled on both sides of the Island, especially the difference in the pottery that we found there. Maybe Failaka was more than one island with archipelagos that joined later to one island.

“We are trying to write the history of Failaka,” stressed Shehab Al-Shehab, National Council for Culture, Arts and Letters (NCCAL) Director of Department of Antiquities and Museums.

Dr. Lukasz Rutkowski, member of the Polish team from the University of Warsaw Polish Centre of Mediterranean Archaeology, presented a brief summary of previous research, and results of the current season (Spring 2012).

For the seventh time (and for the third time in the spring season), at the invitation of the NCCAL, a University of Warsaw (PCMA) Polish Centre of Mediterranean Archaeology expedition has excavated archaeological sites in Sabbiya region. This is the final season devoted to ‘Tumuli Graves and Other Stone Constructions in Sabbiya Region’ before a planned publication on the subject.

The fieldwork activities have so far been carried out in the eastern sector of Sabbiya plateau. “This area is traditionally divided into several sub-regions. Bahra is the largest and in 2009 our team started to excavate an Ubaid settlement site there, and a concentration of tumuli in 2010. Muheita, an area where there is a remarkable desert well site, was excavated from 2008-2010. Mugheira is the scene of the first investigations of the 2007 mission. Dubaij is where excavations of another well site was excavated from 2010-2011 and the team just finished field research at Nahdin. The investigated zone extends slightly over 20 km. when measured in a straight line. Two more sub-regions, Radha and Ras As-Sabbiya, have been prospected during the archaeological survey,” he noted.

“Since 2007, including the current season, a total of 40 structures have been investigated by our team including 28 tumuli graves, seven elongated structures, and five small features of other types. During the archaeological surveys conducted since 2009, over 200 structures have been found. Tumuli graves constitute at least 60 percent of this number. This season, eight stone structures were explored in two different areas, at Muheifa and Nahdin,” Rutkowski said.