An international team of experts is examining a temple in the ancient city of Euromos, which is thought to have been left unfinished because of an economic crisis 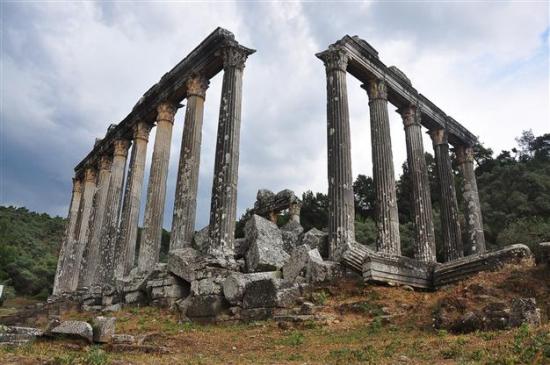 Work has started on the restoration of the Zeus Lepsynos Temple in the ancient city of Euromos, located in the western province of Muğla’s Milas district, with the Culture and Tourism Ministry and the General Directorate of Cultural Heritage and Museums as main sponsors.

A team of six from Turkey, France and Italy have been examining the temple, which is thought to have been left unfinished by its original architects because of an economic crisis in the 2nd century AD.

The Director of Muğla Cultural and Natural Heritage Preservation Board and the head of Euromos excavations, Assistant Professor Abuzer Kızıl said that 16 columns of the temple were still standing, noting that the ones overlooking the city had been decorated while nothing had been done for the ones on the south part. “This shows an economic crisis,” he said. 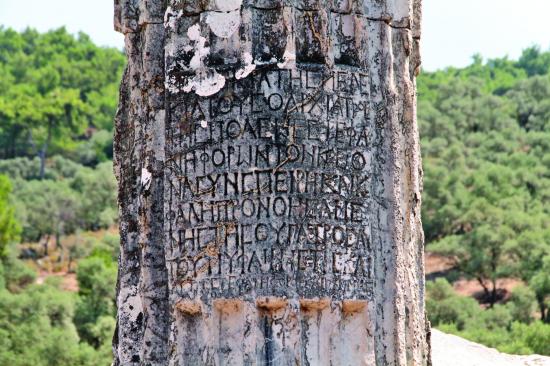 Kızıl said that works would start after the team determines the architectural blocks that collapsed because of an earthquake or other reasons.

“First of all, we are documenting the architectural blocks one by one. The cement work that was done for restoration in 1975 by Professor Ümit Serdaroğlu will cause difficulty for us,” he said. 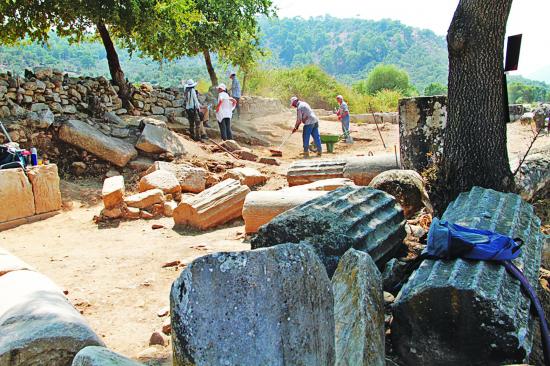 Kızıl said that the temple could not have been finished with the ancient city’s budget, because, it “was not enough to finish the temple. The notables of the city and physicians lent a hand and built some columns. But it was not enough, either.” In terms of restoration, Kızıl said his team plans to replace the columns that have collapsed due to environmental factors or other reasons, with dreams of reviving the temple “as much as possible.”

Kızıl said the columns had panels where the names of the contributors were written and that the temple was dedicated to Zeus.

He said that Lepsynos was one of the best protected temples in Anatolia, adding, “Now we are trying to understand the current situation of the temple.” 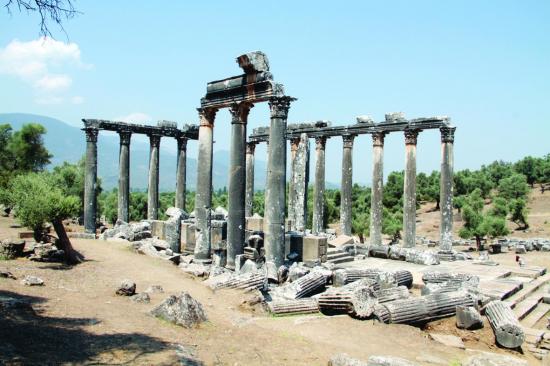 Kızıl said they would not destroy the “magical atmosphere” of the ancient city and not reconstruct any half-finished columns with other materials.

He said that while working, they should properly study the statics of the strong columns, “because they may collapse at the slightest vibration. We can get support from national or international institutes for this project. If we can succeed it, it will be a worldwide success and in Turkey’s honor.”

The temple is located on a road side of the Milas-Söke highway. Dating back to the 2nd century, the temple is thought to have been built in the era of Emperor Hadrianus. 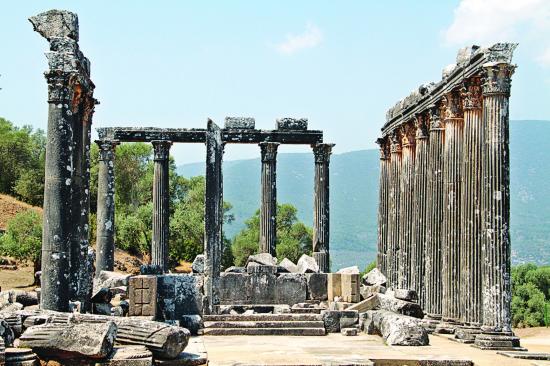