Archaeologists say a section of burnt bone, discovered during preparations for a new pipeline in Essex and dated to the Mesolithic period, come from the oldest human cremation in Britain.

A metre-round pit at Langford contained 118g of cremated bone, backfilled with charcoal in a burial believed to represent at least one adult from 5600 BC.

Two radiocarbon dates have been confirmed from the fragments, weighing less than a tenth of the weight expected from a complete individual. A further test was performed on ashes from the pyre. 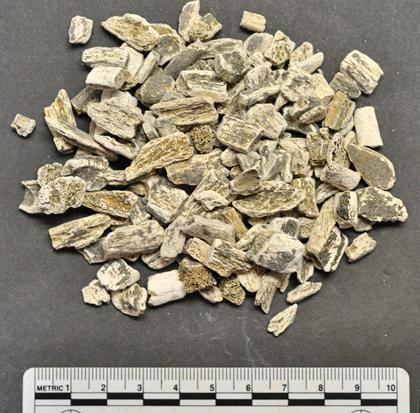 Only around 20 examples of burials from the British Mesolithic, between 10000 BC and 4000 BC, are known, none of which had been cremated. Three cremations from the period come from Ireland, with several discovered across Europe.

“Our site seems to fit into a wider European pattern,” says Nick Gilmour, who led the excavation for Oxford Archaeology. 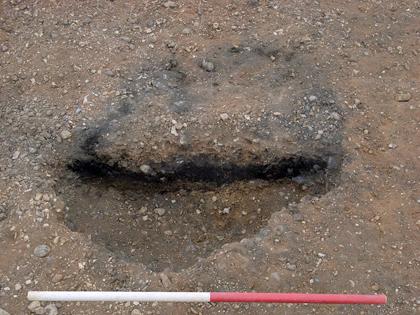 “We were expecting this cremation to date to the Bronze Age. We were so surprised when the first radiocarbon date came back as Mesolithic that we did two more to double-check.

“This deposit shows that people had the required understanding of fire and pyre technology to achieve the high temperature required for complete combustion of the corpse – probably greater than 600 degrees centigrade.

“The Mesolithic was a time when people were largely nomadic hunter gatherers, before farming had arrived. Little is accurately known of their beliefs.

“It also hints at a belief system where the dead were sufficiently respected that they were not simply abandoned, as has been previously believed, and that time and resources were invested in funerary practices despite a mobile, hand-to-mouth existence.”