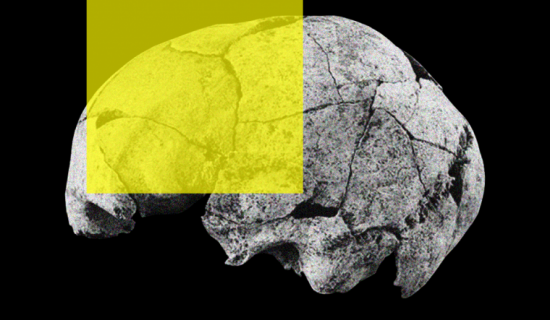 Humans in northern Spain, some 5,300 years ago, may have cut into a woman’s skull to treat an infection. According to archaeologists, this marks the earliest evidence of ear surgery.

Published in Scientific Reports, the research looks at the medical intervention and how specialized procedures may have been performed much earlier than expected. Since 2016, the researchers have excavated a burial site called Dolmen of El Pendón in Burgos, Spain. The skull in question was first discovered in 2018; the archaeologists note evidence of two separate procedures around the mastoid bones (located behind the ears). There was bone growth around the incision marks, suggesting the woman survived both surgeries by at least a month, according to reports.

“What we can say is that certain individuals would have attained a degree of anatomical knowledge and experience as ‘healers’ or budding physicians, if you like, to succeed in this kind of primitive healing,” said study co-author Manuel Rojo-Guerra, an archaeologist at the University of Valladolid. Without the surgery, the fluid can gather behind the skull, causing hearing loss or even life-threatening inflammation.

The mastoidectomy — the surgery to treat mastoid infection — was “a relatively common surgical procedure for treating middle ear infections before the advent of antibiotics in the 20th century,” the Smithsonian Mag noted. But before this period, surgical interventions to treat infections were rarely performed unless it was a life-threatening case.

In other words, this almost-6,000-year-old skull could mean similar surgical procedures could have been carried out decades before they rose to popularity. The finding is a window into what the first-known surgery may have looked like; besides the gory details, it offers some good news.
The woman is likely to have survived the procedure because there was no sign of infection at the time of death. Scientists believe bone regeneration as clear evidence of the healing process. Arguably, the current mastoidectomy would have been far more painful than modern procedures; the surgery involved “progressive circular and abrasive drilling” of the skull, causing “unbearable pain,” the study noted. Notably, all this would have had to be carried out without anaesthetics, whose discovery came much later.

“It is this the earliest documented evidence of a surgery on both temporal bones, and, therefore, most likely, the first known radical mastoidectomy in the history of humankind,” the researchers write.

Community-scale medical procedures at a time when antibiotics were a distant innovation offer much in terms of scientific curiosity. Skulls showing mastoidectomy have been found as early as the 11th century in Croatia to the 19th century in Copenhagen. Moreover, at the burial site, scientists also found a sheet of flint that may have been used to cut the bone — functioning as an “authentic cautery or surgical instrument to carrying out the operation.”