A one-day colloquium, hosted by the University of Oxford, is to examine new finds from the site of the final naval battle between Rome and Carthage in the First Punic War (in 241 BC). The 23-year long naval war was between the two great powers of the Mediterranean for control of Sicily. The Egadi Islands Project has so far yielded a total of 10 ancient bronze warship rams, mostly recovered from a site on the sea-bed off the western coast of Sicily. 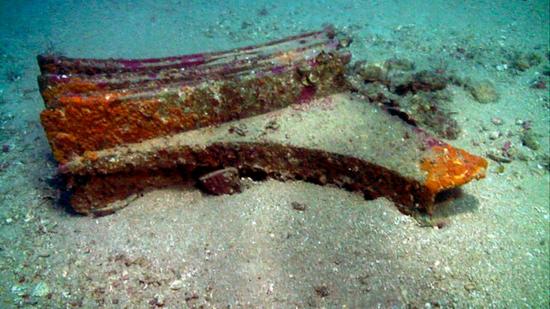 The ten rams (Latin rostra), each weighing around 125 kilogrammes and made of bronze, were mounted on the prow of the warships (ancient triremes or quinquiremes), and were used to ram the enemy ships.

They are a rare discovery as there are thought to be only four other ships’ rams in total from all of antiquity. These rams are the first to be found in an archaeological context, and bear inscriptions, mainly in Latin but also in Punic (spoken by the people of Carthage).

The rams are only one part of the material discovered on the sea-bed, which includes helmets and amphorae from both sides, and offers a remarkable example of the landscape of ancient naval battle-field debris. Much of the Punic culture was destroyed as a result of the Punic Wars fought between Rome and Carthage from 264 to 146 BCE. 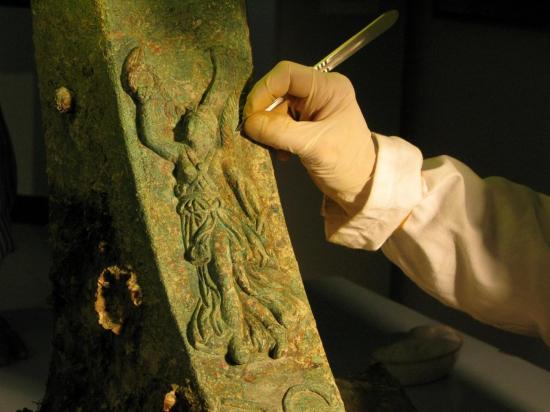 The workshop at Oxford will offer the first major opportunity for the archaeologists responsible for their discovery to discuss the finds with leading historians and archaeologists of ancient warship construction. Leading epigraphers and numismatists (currency and money specialists) will also discuss their inscriptions and the relief iconography with which some of the rams are decorated.

The project is under the co-direction of  Dr Sebastiano Tusa (Soprintendente del Mare, Regione Siciliana) and Dr Jeff Royal (RPM Nautical Foundation). The finds are the fruits of a major underwater survey project, which began in 2005 and has over the course of 7 seasons mapped over 270 square kilometres of sea-floor. The principal methods utilized in this ongoing project are multibeam echosounder mapping combined with verification of anomalies using a Remotely Operated Vehicle (ROV).

Conference organiser Dr Jonathan R W Prag, from the Faculty of Classics at the University of Oxford, said: ‘Oxford is hosting an event which could be hugely significant for our understanding of ancient naval warfare. The rams provide unparalleled evidence not just about ancient rams themselves and their use in warfare, but about ancient warship construction itself.

‘Our understanding of ancient warships of this period remains extremely limited, due to the lack of any surviving wrecks, and it was this which prompted the major experiment of the reconstruction of the ancient Athenian trireme “Olympias”. While in the case of the Egadi Island rams the timbers of the ships have been lost to ship worm, it is still possible to extrapolate valuable information about the ship design from the rams, which were custom-built for the ships.’

‘The discovery of the rams presents new evidence that challenges the existing theories about the ship-types in use at this period. Additionally, the inscriptions provide exciting contemporary evidence that Roman individuals and officials were involved in the construction of the ships, which contrasts with the current image of the Romans as “landlubbers”. Ancient narratives present the Romans as largely unfamiliar with naval warfare before the First Punic War, whereas the rams themselves, and their inscriptions, suggest that the Romans took to the sea with some style.’

For more on the project, see: http://www.rpmnautical.org/mediterranean.html

For more on the conference, see: http://www.classics.ox.ac.uk/event-reader/events/navalwarfare.html