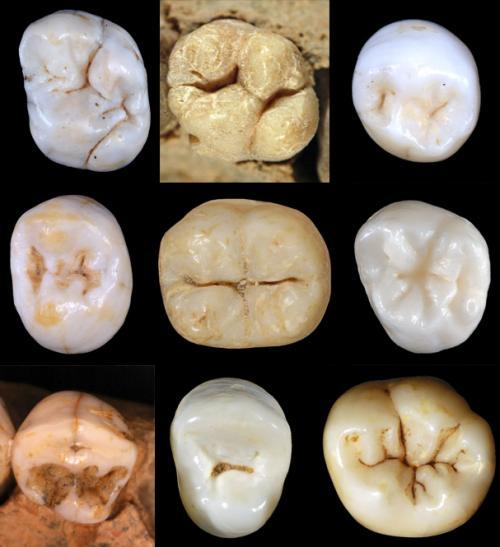 The results, which appeared in the journal PLOS ONE, expand the range of early hominins significantly farther west and suggest that they made use of a wide range of geographic locations and likely ecological conditions. They also reveal a need for a shift in our paradigm about where to search for early hominins.

"While the eastern branch of the Rift Valley is an important place for early human evolution, this find suggests additional results may come from farther west than we once thought," says Bailey.

The team's conclusions are based on the discovery of a molar in the western, or Albertine, branch of the East African Rift, which had previously yielded several discoveries of more recent fossil humans.

The tooth was originally unearthed in the 1950s in what is now the Democratic Republic of Congo. But its age had not been confirmed. Moreover, previous scholarship had limited early hominins to the Rift Valley's eastern branch—a few hundred miles separate the eastern and western branches—with the assumption that this discovery was of a more recent fossil human.

Bailey, whose expertise centers on teeth, conducted a comparative analysis of the molar with those from early hominins discovered in other regions. She focused on its enamel surface while Matthew Skinner, an anthropologist at University College London, examined its underlying structure.

Their analysis revealed a remarkable consistency in dimensions and enamel thickness with previously discovered molars of east and southern African early hominins. Moreover, the structure was quite distinct from the teeth of Homo sapiens—modern humans.