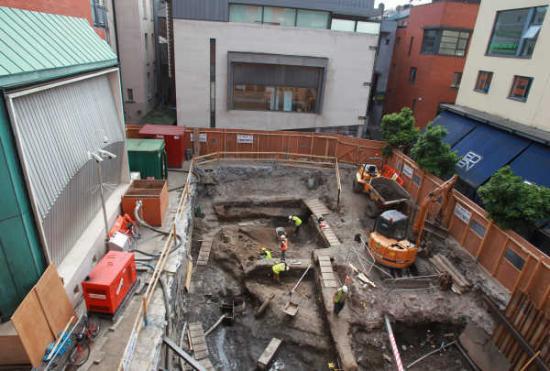 A Viking settlement  has been uncovered in Temple Bar during building work to build a retractable canopy over Meeting House Square. 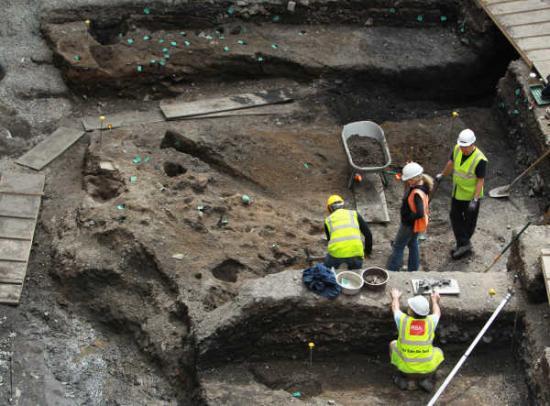 Dermot McLaughlin, CEO of the Temple Bar Cultural Trust, posted a video blog in March that a “medieval, timber structure” had been uncovered. Further archaeological investigations found the two Viking homes at Meeting House Square, in the centre of Temple Bar. Bits of pottery from a slightly later era were also found at the site, when it was uncovered two weeks ago.

The discoveries were made during building for the erection of four large retractable umbrella-style canopies that will provide shelter over the square in inclement weather. Currently the square plays host to a food market on Saturdays and a host of events, festivals and outdoor film screenings during the summer months. The new improvements are intended to help make the space useable year-round.

Temple Bar is to celebrate 20 years of the Trust this year.