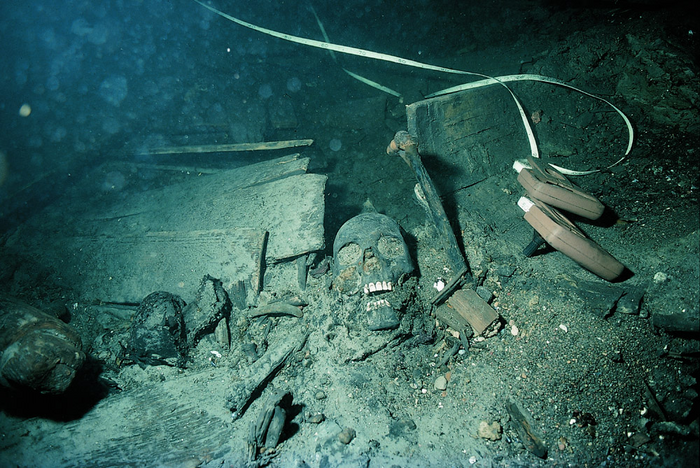 A new study based on 297 ancient Scandinavian genomes analysed together with the genomic data of 16,638 present day Scandinavians resolve the complex relations between geography, ancestry, and gene flow in Scandinavia – encompassing the Roman Age, the Viking Age and later periods. A surprising increase of variation during the Viking period indicates that gene flow into Scandinavia was especially intense during this period.

An international study coordinated from Stockholm and Reykjavik investigates the development of the Scandinavian gene pool over the latest 2000 years. In this effort the scientists relied on historic and prehistoric genomes, and from material excavated in Scandinavia. These ancient genomes were compared with genomic data from 16,638 contemporary Scandinavians. As the geographical origin and the datings were known for all these individuals, it was possible to resolve the development of the gene pool to a level never realised previously.

Dr Ricardo Rodríguez Varela at the Centre for Palaeogenetics*, who analysed all the data and extracted some of the ancient DNA used in the study, explains: “With this level of resolution we not only confirm the Viking Age migration. We are also able to trace it to the east Baltic region, the British-Irish Isles and southern Europe. But not all parts of Scandinavia received the same amounts of gene flow from these areas. For example, while British-Irish ancestry became widespread in Scandinavia the eastern-Baltic ancestry mainly reached Gotland and central Sweden.”

Professor Anders Götherström at the Centre for Palaeogenetics, who is a senior scientist on the study, is intrigued: “Interestingly, the non-local ancestry peaks during the Viking period while being lower before and after. The drop in current levels of external ancestry suggests that the Viking-period migrants got less children, or somehow contributed proportionally less to the gene pool than the people who were already in Scandinavia.”

Anders Götherström conclude: “We were working on a number of smaller studies on different archaeological sites. And at some point it just made sense to combine them into a larger study on the development of the Scandinavian gene pool.

The study, published today in Cell, is an international effort with several collaborators, but it was led by Dr Ricardo Rodríguez Varela and Professor Anders Götherstörm at Stockholm University, and Professor Agnar Helgason, and Kristján Moore at deCODE in Reykavijk.

*The Centre for Palaeogenetics (CPG) is a joint venture between Stockholm University and the Swedish Museum of Natural History.

“The genetic history of Scandinavia from the Roman Iron Age to the present” is published in Cell. https://www.cell.com/