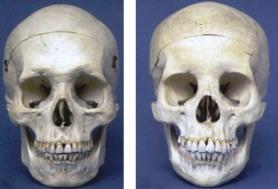 Stable isotope analysis is used in a number of ways to inform our interpretations about people in the past. Nitrogen and carbon are used to determine long term nutritional and dietary patterns. C13 is used to discriminate between C4 and C3 plant consumption. Most plants are C3 and have lower C13 ratios, so a higher C13 correlates with the consumption of C4 plants like corn, millet and sugar cane. N15 ratios are higher when individuals are consuming more animal meats and legumes. Strontium and oxygen isotopes are also utilized in order to determine population movement. The levels of oxygen and strontium correlate with the location  of the individual when the bone was formed. The introduction of stable isotopes into archaeology has aided research in numerous ways by giving archaeologists a new line of evidence to include in their interpretations. A new study by Jaouen et al. 2012 examines the use of iron, copper and zinc isotopes to determine sex.

Assessing sex is an important stage of individual identification and also in making interpretations of the general population at archaeological sites. Sex allows us to better interpret the general health of a population, differential access to food or disease, differences in migration, gender roles, and understand social structure. However, sex can be difficult to assess, especially if the preservation of the bones is poor. Determination of sex of primarily done by identifying various morphological features on the pelvis and skull. However, if these bones are absent or damaged, sex can be difficult to determine. Bioarchaeologists continue to study the human skeleton to see whether alternative morphological or metric methods can be used to determine sex from other bones. DNA can be used, however the method is expensive and slow, and results vary highly on preservation.

Jaouen et al. 2012 propose that the analysis of iron and copper isotopes can be used to determine sex. These two isotopes are primarily found in the blood, and are therefore embedded in the bone. Iron is reduced and copper is enriched in women’s blood relative to men’s. They argue that by testing the levels of these isotopes we should be able to determine whether the individual is male or female. Since the isotopes can also vary with diet, carbon and nitrogen isotopes were also tested to see if the correlation was with diet rather than sex.

The sample consists of skeletal remains from the cemetery of the Saint-Laurent de Grenoble Church in France. 1,500 skeletons were recovered from primary burials dating from the early Middle Ages to the 18th century CE. The sample was selected because it has good overall preservation allowing for fairly accurate estimations of sex and age, and the C and N isotope compositions of the skeletons are available. A subsample of metacarpals from 20 females and 33 males from the 17th–18th century CE was taken for their specific analysis.

The results showed that there was no correlation between iron, copper and zinc isotopes by age or diet. However, they found that the ratio of iron isotopes in females was higher than males by 0.33% and lower than males in copper isotopes by 0.09%. These results are statistically significant. This means that iron and copper isotopes correlate with the levels of these minerals in the blood, and therefore can be used to determine sex. While there is some overlap between the isotopes making the determination not 100% accurate, it is statistically just as accurate as sex determination done using the pelvic bones. This first study shows the potential of this method. However, Jaouen et al. 2012 propose two next steps that must be taken to increase efficacy. First, variability in living populations of their metal stable isotope compositions needs to be better documented to define the ranges of variation. Second, the method that they developed needs to be tested on a range of different human bones from various eras and regions in order to determine the range of diversity among them. Many methods are specific to time periods and geographical areas, so the variation must be understood to make best use of the method.

This study is one that we have been needing for a long time. While it cannot give a definitive answer, it will allow us to make more accurate assessments of sex when the bone is degraded. More importantly, if the method is improved by the understanding of living and past variation, we can begin using it on subadults whose bone morphology doesn’t clearly show sex. Understanding how sex affects one’s life at an early age is important for understanding social structure, gender assignment and other factors in life. It will be interesting to see how this study is used and developed.