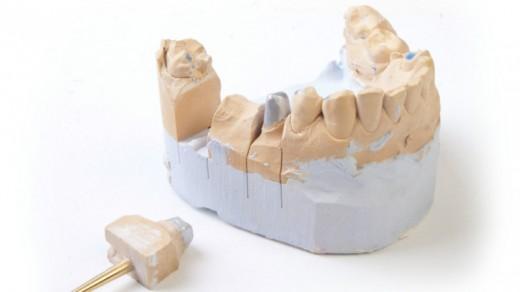 It may sound strange but dental plaque is proving a very useful tool in uncovering the past. Archaeological geneticist Christina Warinner has been using plaque to learn about the history of human disease all the way back to hominids. Dental plaque fossilizes microbial DNA as it mineralises on the teeth which can reveal what the person died of. In understanding the past, Warinner, who is a researcher at Zurich University, believes it will help in understanding and combating disease in modern humans. Humans Invent caught up with Warinner to find out more about this rather curious form of archaeology.

What is an archaeological geneticist?

Like other archaeologists I’m interested in the past and understanding the long-term history of people but the tools I use are genetic ones. Rather than looking at things like pots or stone tools or architecture, I focus on the biomolecules of people and what they’ve left behind and that includes their own biomolecules such as DNA and proteins as well as biomolecules from the things they ate and the environment that surrounded them.

Why is plaque a great source for information?

One of the challenges we face as archaeological geneticists is finding the material to study, identify and analyse. There are several problems with getting the right material. Sometimes the problem is that you can get good material but you can’t date it.

Another problem could be that whatever you’re interested in studying doesn’t preserve so, for example, if someone is very interested in studying Hepatitis which affects the liver, you would need to have liver tissue but  this almost never preserves so that is difficult. A lot of people are interested in lung infections because that was probably a major cause of illness in the past and probably one of the leading causes of death but again lungs don’t preserve. Many of these infections are very tissue specific so if you had pneumonia, you would never find pneumonia DNA in a leg bone because it doesn’t infect the leg.

It turns out that plaque is really special because it actually begins the fossilization process as it mineralises while you are alive and turns into a hard cement-like substance and because it is organic, you can actually radiocarbon date it – this solves the problem of dating the person because it only forms during life.

The plaque contains a lot of important information, holding the remains of all sorts of bacteria that were present in the mouth, the nasal passages and the upper respiratory system. In some cases it can contain information from other sources as well, so either more distant locations in the body or environmental information. Things like pollen get trapped inside dental calculus and sometimes  for example, if people are working with linen, you will get things like cotton and flax trapped in there.

How does understanding diseases of ancient man help us today?

We lack a lot of perspective about what our health historically looks like. We are very focused on the present. Modern medicine has only been around for less than 200 hundred years. Once you go back before that they were really using a different language, a completely different understanding of how disease is caused and spread. In some traditions they talk about the movement of the humours.

It can be very difficult to understand what a disease actually looked like in the past and how that might compare to today and this includes infectious disease but also things like coronary heart disease or problems that may have been common in the past but it is very difficult to identify them because they weren’t described in a way that is recognizable to us today. Historical descriptions of disease and illness tend not to be very symptom based and so it is very hard to say what our natural, historical disease burden has been.

If we want to understand how our modern lifestyles and diets are affecting our health then we need to have some sort of ground zero from which to understand what was happening in the past. Particularly today, we are really rapidly moving further and further away from the kind of environment we would have lived in for the past several hundred thousand years. We are really rapidly changing our environment so it would be nice to have a base line for making those comparisons and to say, are we really increasing the incidents of x disease or is it just that we can diagnose it so much better so we think it is increasing? We can provide base line information for these ideas to be tested against.

How far have you come with research?

We are very close to the publication of the first paper, we have made a number of really significant discoveries that we are very excited about and we have found some things we expected and some things we didn’t so it has taken us in new directions so I think we will definitely be following up with a series of subsequent studies following up these new leads that were unanticipated.