Archaeologists believe first stone circle to be found on Devon moorland for 100 years lends weight to idea of liaison between communities there 5,000 years ago 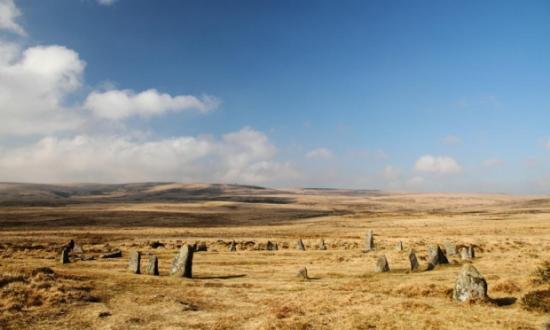 The newly discovered stone circle is the second largest on the moor. Photograph: Dartmoor National Park

The highest stone circle in southern England has been found on a weather-battered slice of moorland in Devon.

Situated 525 metres (1,722ft) above sea level, the ancient site is the first stone circle to be found on Dartmoor for more than a century.

The circle is the second largest on the moor and archaeologists believe it was probably part of a “sacred arc” of circles around the north-eastern edge.

Its discovery adds weight to the theory that there was some kind of planning and liaison between the communities living on Dartmoor in the late Neolithic/early Bronze Age 4,000 to 5,000 years ago.

Many stone circles were prodded and probed in Victorian times and before, so the opportunity to apply modern scientific methods to a previously unexamined one is particularly exciting. 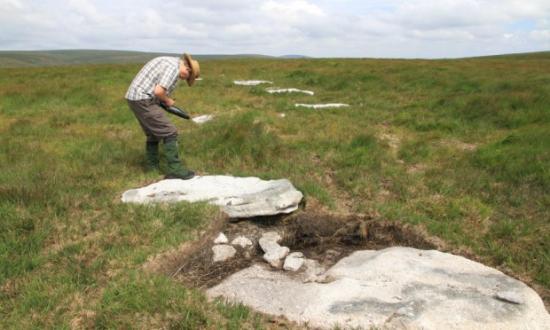 Jane Marchand, senior archaeologist at Dartmoor national park, said: “The discovery is providing an opportunity for investigation using the very latest archaeological scientific methods to provide long-awaited insights into the chronology, construction and the purpose of these most elusive and iconic of Dartmoor’s prehistoric monuments.”

With a diameter of 34 metres (112ft), the circle consists of 30 recumbent stones, plus one more lying in a gap just outside the circle and now incorporated into an unfinished enclosure wall. 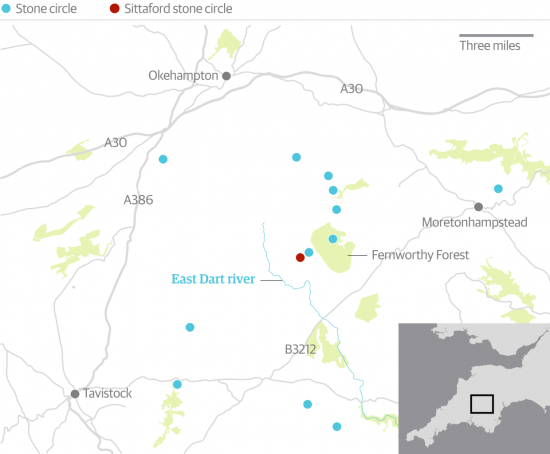 The stones probably came from the nearby Sittaford Tor itself and are of a fairly uniform size, suggesting they were carefully chosen. Packing stones visible around the bases of some of these indicate that they were originally upright.

When upright the circle would have been very impressive, dominating the surrounding landscape and resembling in appearance the Grey Wethers double stone circle, which lies close to Fernworthy forest about half a mile away.

The first stones were identified by the Dartmoor expert and stained glass artist Alan Endacott a few years ago. The initial stage of the archaeological exploration has just been completed.

Marchand added: “Some preliminary radio carbon dating has already taken place on soil samples taken from directly beneath two of the stones. These are the first radiocarbon determinations from a Dartmoor stone circle. The dates have produced very similar results and calibrate to the end of the third millennium BC (4,000 years ago). This indicates the date by which the stones had fallen.”

Although the full results of the geophysical surveys are not back yet, preliminary results have revealed a wide ditch running in a linear fashion just outside the eastern side of the circle.

Further investigation is planned later this summer. The geophysical work has been funded by the Heritage Lottery Funded scheme, Moor Than Meets The Eye.