Dakhleh Oasis (Egypte) : Mummies Were Fashion Icons of Their Time

Egyptian Mummies Were Fashion Icons of Their Time, Claim Researchers

On might wonder the way Egyptians mummies looked, but one thing is sure that they were quite fashionable. A research published in Archaeological Science Journal has proved that Egyptian mummies used to set their tresses with the hair serum, and used forceps to curl their locks. 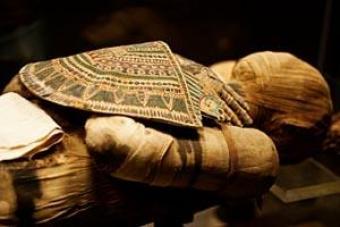 Serum is a kind of fatty acid having palmitic acid, and many more components, which would be declared by further research. The research was conducted by the KNH Centre of Biomedical Egyptology team led by Dr. Natalie McCreesh. They assessed mummies of both genders, from as young as four years to 58 years, and a total of 18 mummies, preserved either in a natural condition or artificially, were taken into account. The mummies which were taken from Egypt and from museums of the US, London and Ireland are 3500 to 2300 old.

When they were inspected through beam and electron microscopes, it was found that mummies' heads were coated with a fatty substance. And, it was also revealed that unnaturally stored mummies used the gel to keep them stored for after life while natural ones used them in their day to day life.

The mummies were especially taken from the Greco-Roman cemetery located in Dakhleh Oasis in the Western Desert.