The latest preservation work at one of Britain's most important archaeological sites could be in line for a prestigious award. 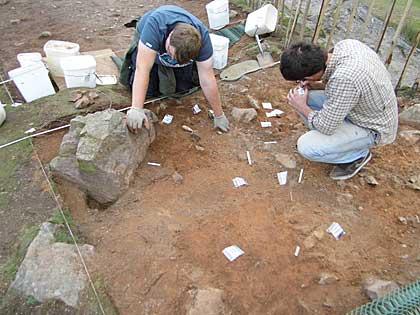 The hilltop on which the burials were found, looking towards Cumwhitton village. Based on the objects deposited in the graves, there appear to have been four men and two women buried in the cemetery, although the only human remains were a tiny fragment of skull © Oxford Archaeology Ltd

Excavation efforts at England’s first Viking burial ground, discovered by a Cumbrian metal detectorist who had been given permission to explore the village farmland in 2004, have been nominated for the Rescue Dig of the Year category in the hotly-contested annual Archaeology Awards. 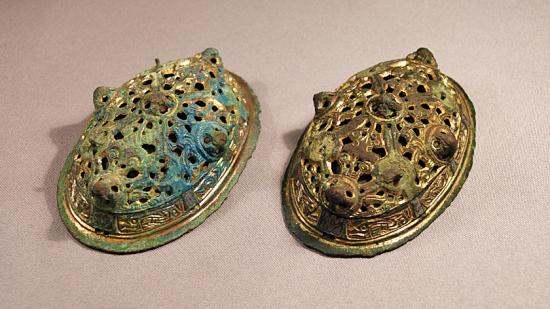 In 2004, two Viking oval brooches were found by a metal detectorist, leading to the discovery and excavation of a rare 10th century cemetery © Oxford Archaeology Ltd

A rare oval brooch in the Eden Valley, near Carlisle, could only have been part of a pair, leading Peter Adams on a successful search for its partner item in the Eden Valley, south of Carlisle. English Heritage and Oxford Archaeology moved quickly to protect the land, which was at risk from ploughing. 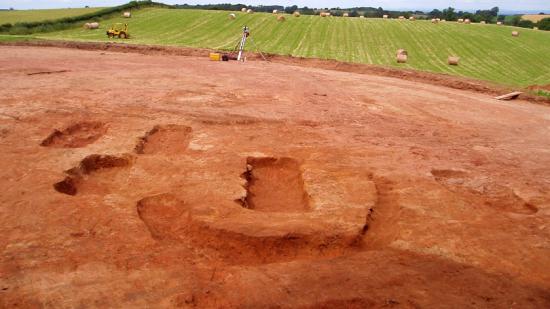 Six burials were discovered in total, five of which were clustered together in a group. One of these had a semi-circular ditch around it, perhaps suggesting it was covered by a mound © Oxford Archaeology Ltd
A wooden box laid at the feet of the dead, part of a sword, six burials, a decorated drinking horn and buckles and strap ends were also found at a cemetery which experts believe points to the “volatile” political landscape of the north-west more than 1,000 years ago. 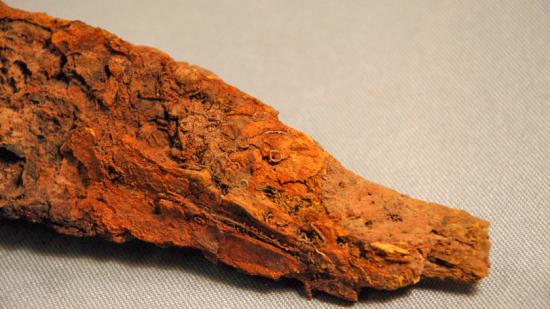 The mineralised remains of a horn handle, inlaid with silver wire, on a large knife, or seax, found with one of the male burials. The style of knife suggests it may have been made in the British Isles © Oxford Archaeology Ltd 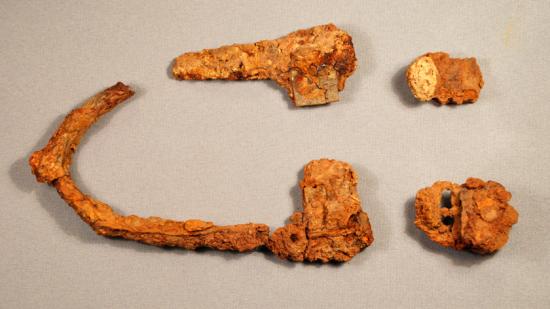 A spur and spur buckles found in one of the graves. These were probably manufactured in England - while the Vikings are famous for fighting on foot, they were also keen horsemen © Oxford Archaeology Ltd 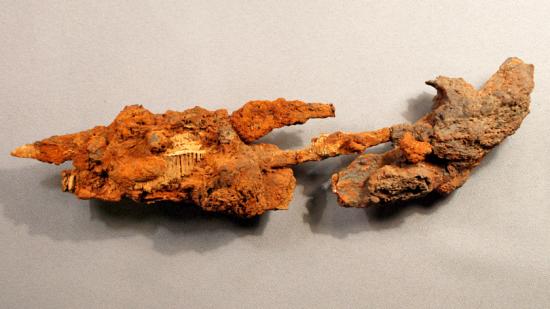 A corroded group of metal objects, which comprises a sickle blade, shears, and an antler or bone comb. The latter was preserved as a mineralised deposit by the corrosion of the ironwork © Oxford Archaeology Ltd 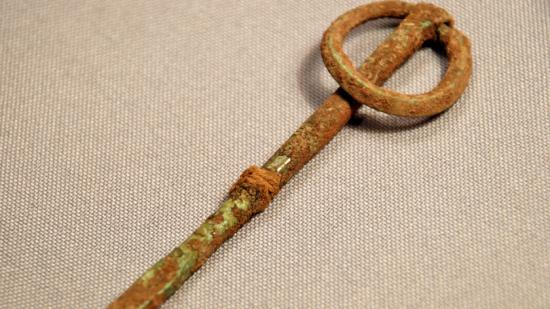 A ringed pin for fastening a cloak. These pins originated in Ireland, but became very popular amongst Scandinavian communities, finding their way back to the homelands. This example also preserves a small piece of textile on the shank © Oxford Archaeology Ltd

An axehead with a preserved section of mineralised wooden shaft which, unusually, proved to be boxwood. The axe had been thrust into an oak board at the base of the grave - perhaps the remains of a bier on which the deceased was placed © Oxford Archaeology Ltd 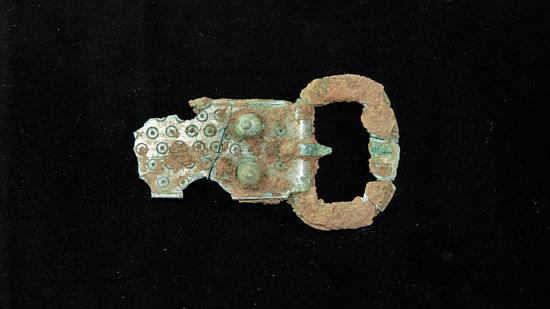 A buckle from one of the female graves. The combination of tin plating, boss-capped rivets, and ring-and-dot decoration is a feature shared by four buckles and two strap ends from Cumwhitton and other examples from the surrounding area. This may point to a local place of manufacture © Oxford Archaeology Ltd