Archaeologists from the National Institute of Anthropology and History found two human corpses that were partially mummified and a raramuri ancestor’s skeleton in the Cueva El Gigante (Giant’s Cave), located in Guerrero, in the Tarahumara Sierra in Chihuahua. 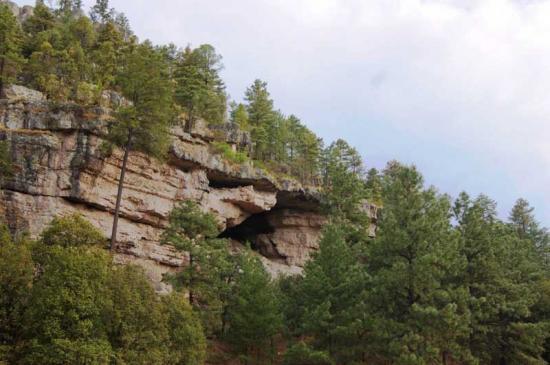 The two mummies are now added to another eight that were found in the same place late last year.
According to the specialists, the finding of the mummified individuals, which are thought to be between 800 and 1000 years old, are part of a Pre-hispanic burial ground, since, between 2010 and 2011, ten mummies and thirteen skeletons have been found in the cave. 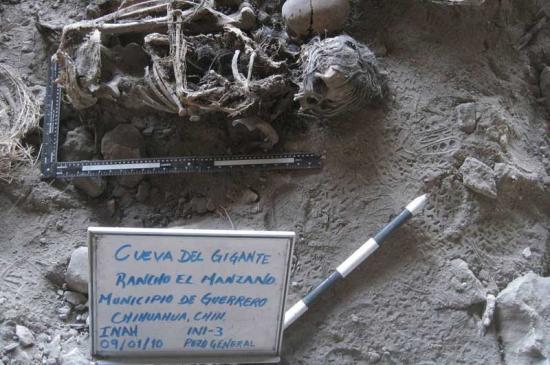 Archaeologist Enrique Chacón, in charge of the Cueva El Gigante Archaeological Project, informed that the finding of the last two mummies and the skeleton was registered recently while excavation, documentation and register work was being finished on site. The mummies found last year, were found by three young men that reported them to the authorities who then called on INAH’s experts to investigate. 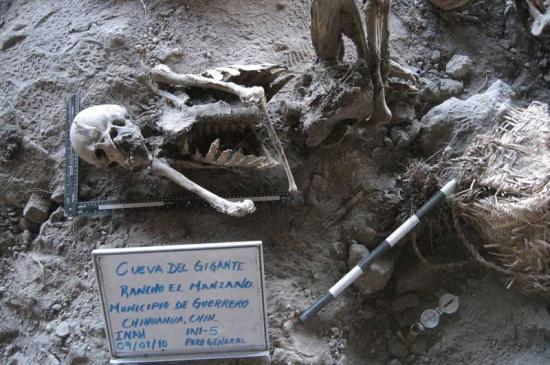 Once the human remains had been registered and taken away from the cave to the Museo Comunitario de Historia Regional “Abraham González”, where afterwards the conservation and analysis stage will take place. This part of the study will also include the objects that were used to bury the ancient Tarahumaras in the cave. 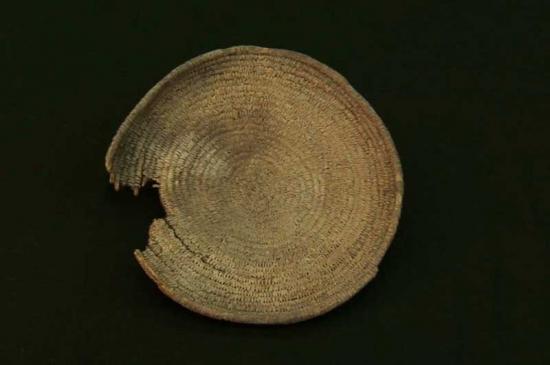 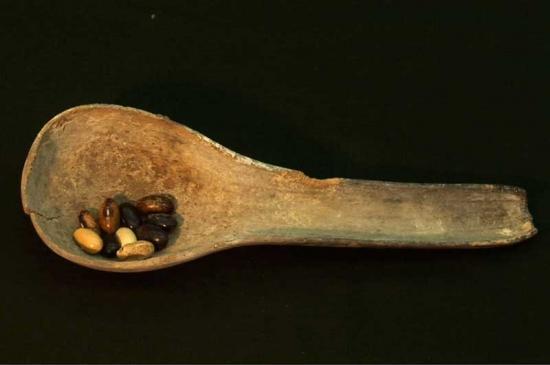