Amateur archaeologists have unearthed a medieval manor house which "disappeared" for three centuries.

The house in Croxton Kerrial, near Melton, was last recorded in the 16th century and had disappeared from maps by the 1790s. 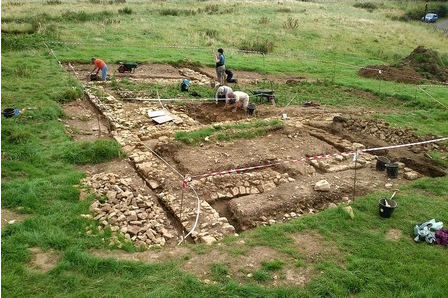 Flag members uncover the remains of the 12th century manor house in Croxton Kerrial, including the garderobe 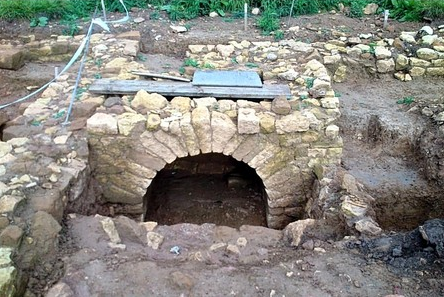 It was found by members of Framland Local Archaeology Group (Flag) using geophysical techniques to probe the ground.

Flag chairman Tony Connolly said: "I began researching the history of the village three years ago and came across references to the manor house.

"Then all references dried up. That intrigued me. I had to try to find the building."

Mr Connolly said the team searched the field next to the church in April last year.

He said: "We thought that would be the most likely place for a manor house.

"We got results showing us the presence of a big building, so we started digging."

Mr Connolly said the house, built in the 12th century was given to Croxton Abbey in the 14th century. Records show it was uninhabitable by the 16th century.

He said: "After that it disappeared. By the 1800s the site was a field with sheep in it, which is what it is today."

Working with a former county council archaeologist the team have been discovering different parts of the house.

Mr Connolly said: "We have exposed the great hall and the garderobe – the toilet – and we are excavating the kitchen.

"We believe there are stables and a tithe barn to excavate.

"We have found lots of medieval property and two pieces of Roman pottery. We live in hope maybe we will find some kind of glittering treasure."

He said the finding of lead musket balls could suggest a Civil War skirmish took place on the site.

He said: "We know Belvoir Castle was a royalist stronghold so there may have been a fight between their troops and Cromwell's soldiers holed up in the ruins of the manor.

"We know musket balls were made in the house because we have found the lead trimmings next to the balls.

"Whatever the site tells us it will give us much better picture of what life was like hundreds of years ago in this part of Leicestershire."