A cave filled with children's teeth has been discovered in the grounds of an exclusive boarding school attended by Prince Charles.

Archaeologists claim decapitated heads of dead children were displayed at the grounds of Gordonstoun, Scotland's most exclusive public school.

The bronze age discovery is believed to have been the spot where men showed the heads as part of bloody funeral rituals by the Pictish clans.

The site has been under investigation by history boffins, and they made the grim discovery in a remote spot of the estate looking out from sea cliffs over the Moray Firth.

History sought: The sculptor's cave that has been under surveillance by archaeologists - University of Bradford

Experts say the clans placed bodies in the cave to decompose so that bones could eventually be retrieved.

They also say there is evidence that it was later used for executions. 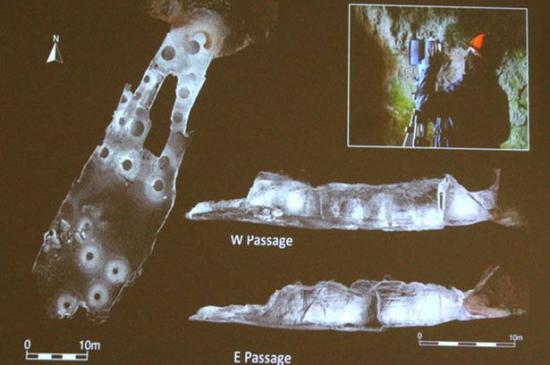 Ian Armit, professor of archeology at Bradford University, told colleagues at last week's British Science Festival that the cave seemed to have been used for elaborate funeral rites.

Many of these rites included dismembering bodies and the ritual display of heads, he said.

"Caves had a great symbolic significance for early humans as places on the margin", he went on.

"They are on the edge of the land, they go from light to dark - all symbolising the transition from life to death. They were often used in funeral rites." 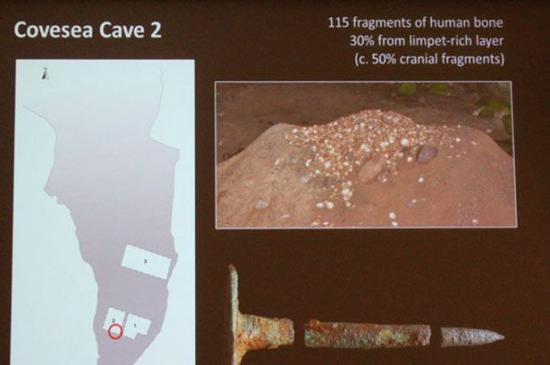 Pin drop: An Iron-Age pin found among bone fragments in the cave - University of Bradford

"Head displays are also common in prehistory," Mr Armit continued. "It is a common feature of head hunting and ancestor veneration.

"In this cave, remains from the late Bronze Age, 1100-900BC, show evidence for dead children having their heads cut off for display in the entrance." 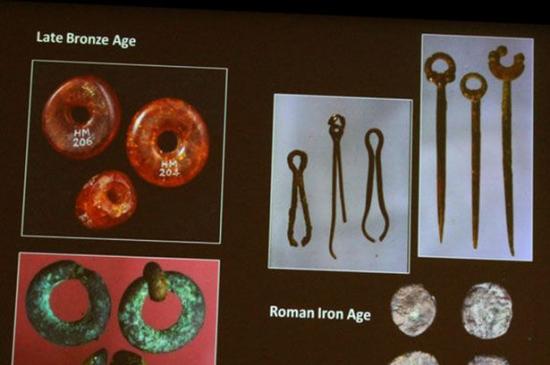 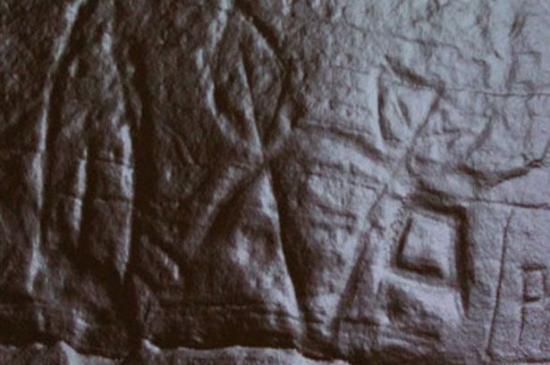 "There are a lot of children's teeth and gold hair-rings," he added.

"The suggestion is that there was a display of heads on stakes in the entrance and as they decayed the teeth and rings fell into the dirt."

Armit added that the lands around the caves were settled by tribes of Picts, who controlled most of Scotland at the time - but little is known of their religious beliefs, or what inspired their burial rites.

The cave is one of many found in the grounds of Gordonstoun - all of which show signs that they were used in a similar way.

Gordonstoun school was founded in 1934. it is known as one of Scotland's most exclusive schools - counting Prince Charles, Jason Connery - son of Sean - and Zara Phillips among its alumni.