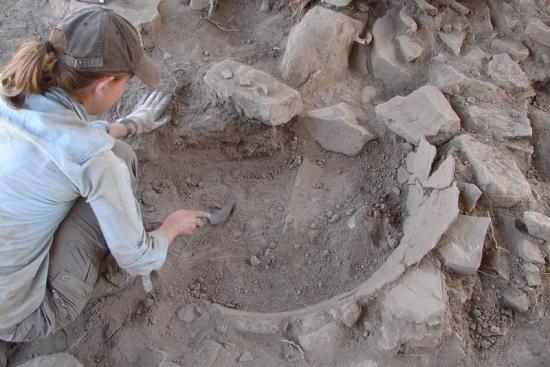 So what is this?

The fossilized remains of a hatched dinosaur egg?

Far be it from that, if you were to ask Kimberly Munro, who is directing excavations at ancient Peruvian sites in north-central Peru. 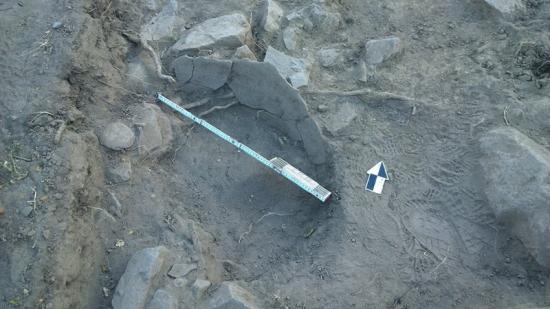 While excavating during their second summer season at an ancient site in the area of Cosma—a small agricultural community nestled in the upper Nepeña Valley of north-central Peru—a team of archaeologists and students uncovered some interesting remains. Much more will be revealed in the future about their finds.

Munro is currently investigating three possibly associated mound sites in the area of Cosma which she believes may have their beginnings at least as long ago as Peru's "Early Horizon Period" (900 - 1 BCE).  “From the density and styles of the ceramics, and the different archaeological components, I believe Cosma has been continuously occupied since at least the Early Horizon,” Munro stated in an inquiry by Popular Archaeology Magazine in 2014.* 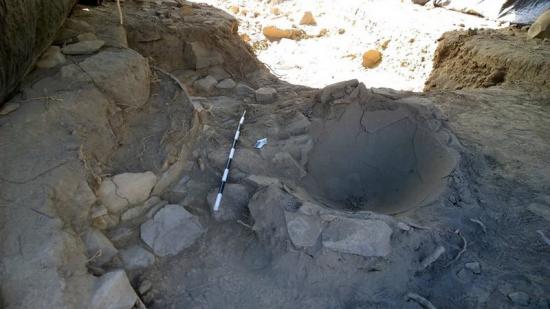 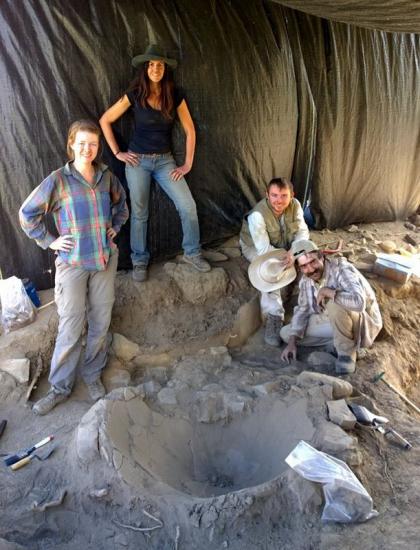 Kimberly (at top) and some of her team at the excavation. Courtesy Kimberly Munro and the Proyecto Arqueologico Distrito del Caceres Ancash (PADCA).

*More information about Munro's investigations of the Cosma archaeological sites can be found in the article, Uncovering the Secrets of Cosma, published in the Winter 2015 issue of Popular Archaeology Magazine.