Cork (Irlande): Vikings were experts in recycling and reclamation 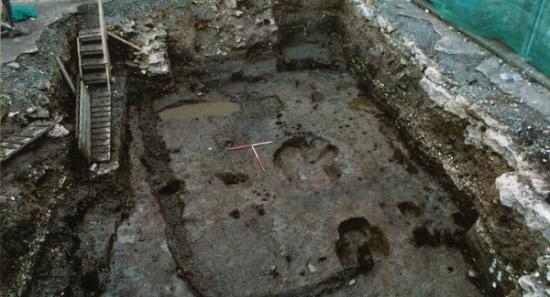 The earliest Vikings settlers of 11th century Cork were recycling and land reclamation experts, and were trading with Europe, a major report on two of the city’s most significant archaeological sites has found.

The settlers were reusing wooden planks from their old long-boats to build jetties; to reclaim land from the River Lee; and as key support structures in their homes.

They were also importing wine from France and exporting hides to Europe, from their settlement near the South Gate Bridge.

The evidence was unearthed during large-scale excavations of two sites off South Main St almost a decade ago.

Both sites contained evidence of a 1,000-year-old settlement — the earliest known Viking settlement in the city — and a wooden jetty, described by experts at the time as one of the most significant Viking finds outside Dublin’s Wood Quay.

The full significance of the sites has been outlined in a major report, Archaeological Excavations at South Main Street 2003-2005, which was published last night.

“The results of the excavations are significant as they have added to our knowledge of the formation and development of Cork City,” said archaeologist Ciara Brett.

The two sites, 36-39 South Main St, next to the old Sir Henry’s site, and the neighbouring 40-48 South Main St site, the carpark opposite the former Beamish and Crawford site, were excavated between 2003 and 2005 as a condition of planning permission, with the financial support of the owners and developers of the sites, Kenny Homes Ltd and Frinailla Developments.

Both sites are close to the South Gate Bridge, one of the main entrances to the medieval walled city of Cork.

During the excavations, archaeologists found the remains of an 8m by 5m rectangular house dated to 1050 — the earliest known Viking settlement in the city.

Academic debate had raged for years about whether the Vikings settled in Cork. There was documentary evidence but no physical proof, until these finds.

Ms Brett said the discovery of the remains of an 11m jetty some 3m to 4m inside the modern-day quay walls was among the more significant finds.

“We also found an axe head nearby which showed that they were working the wood for the jetty on site,” she said.

“An axe obviously broke during the work and we found the axe head.”

Shards of pottery found on the sites showed the Vikings were importing wine from France on large boats which could sail up the Lee to the jetty.

And the settlement showed the Vikings had settled in a swamp, using the defensive character of the marsh for their own safety.

They were transporting clay from the lower harbour to the South Main St area, and layering it to raise the ground level.

They were then driving large split oak planks into the clay to stabilise the land for house building.

This resulted in the formation of a series of little islands, which consolidated to form Cork’s southern island area.