Bronze Age people with a mine of their own

Copper mining has a long history in Norway, with mines being established from late 15th century onwards. But the industry might be a lot older - stretching all the way back to the Bronze Age. 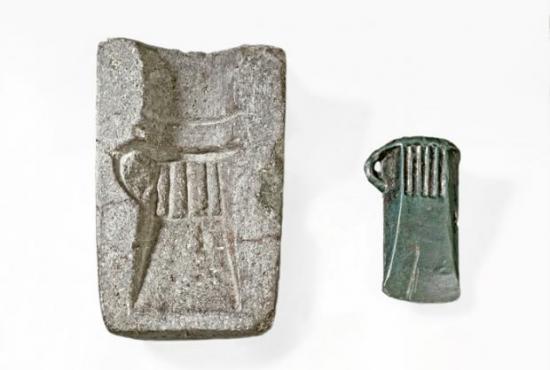 When the Bronze Age reached Scandinavian shores around 3,500 years ago, it was the advent of a new technology. Combining copper, which is a malleable metal, with the elements tin or arsenic made an alloy which is stronger and more durable.

The region of modern-day Norway was, then as now, at the periphery of Europe.

Although the local residents had the skills and know-how to create their own bronze metalwork, they would have had to import all the copper they needed from abroad - according to scientific consensus.

But Bronze Age Norwegians may actually have mined their own copper ore, suggests archaeologist Anne Lene Melheim in her doctoral thesis.

“It might not have been a large scale operation, but this could radically change our perception of Norway in the Bronze Age,” she points out.

The century-old assumption that Bronze Age Norway relied solely on imported copper originated with the renowned Swedish archaeologist Oscar Montelius. He used the theory of metal imports to explain traces of trade and cultural contact between Scandinavia and Continental Europe.

Melheim argues in her thesis that findings from Southern Norway instead point towards domestic ore mining. Sites for extracting soapstone – adjacent to more recent copper mines – show that there was a prehistoric tradition for excavating rock.

Traces have been found of workshops for copper processing, including casting in bronze.

Artefacts found in a copper-rich area in Western Norway could have been used for bronze casting in a stone slab, while other tools from the same site may have been used as pick axes to extract the copper ore.

Perhaps these are traces of frontier ore hunting, of immigrants coming from the British Isles or Continental Europe in search of the precious metal.

Puzzling round stones with a carved groove, found in Hedmark in Eastern Norway, could be the heads of sledge hammers for mining, suggests Melheim.

Unlike prospectors in Western Norway, the Hedmark ore hunters could have migrated from lands further east. Hunting communities in the large forests of modern-day Sweden, Finland and Russia possessed knowledge of copper mining, according to Melheim.

If her theories are correct, the mountains of Norway would have been a meeting place of two major cultures exploiting copper and bronze.

The prospect of Bronze Age ore hunters roaming the northern wilderness is intriguing, but will we ever know?

Unfortunately, only the discovery of a bona fide Bronze Age mine would settle the matter - but odds are that any traces would have been undermined (or rather, 'over-mined') by centuries of copper mining.