During this year's prospecting the Combined Prehistoric Expedition of the Institute of Archaeology and Ethnology located 46 unknown archaeological sites in Egypt, dating from the Lower Paleolithic to the late Neolithic. The survey was conducted in the area of oases Faiyum, Bahariya, Farafra, and the Sinai Peninsula. The aim was to locate new research areas for future work of the Expedition. 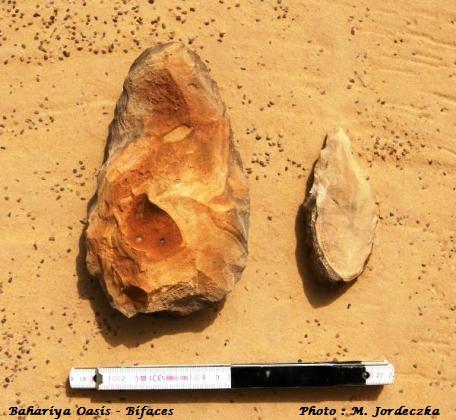 The expedition leader, Dr Jacek Kabaciński, reported that the most valuable finds include the site discovered in the area of Faiyum oasis, located a few dozen kilometers to the south-west of Cairo. In addition to the objects from the Paleolithic archaeologists found large amounts of skeletal remains in the sandy soil. 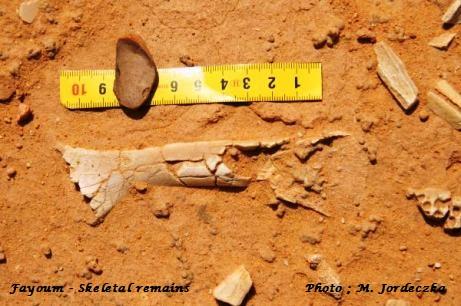 "It's likely that both stone monuments made of chalcedony and animal bones are associated with the stay of early hominids in this area, perhaps in the late Neogene or early Quaternary" – ventured the scientist.

Before the excavations planned for 2011 geologists, archaeologists and paleobiologists will explore this site in the autumn of this year and will ultimately clarify the chronology and research capacity.

"Equally valuable is the concentration of several dozen functionally different middle-Palaeolithic sites discovered south-west of the Bahariya oasis, where we have noticed stone tools made with the Levallois technique. The sites include large settlements, linked associated with obtaining good quality of raw stone, as well as short, seasonal camps "- said Dr. Kabaciński.

Archaeologists also penetrated the Wadi Faran region in Sinai, where they located traces of human activity from the late Neolithic period.

The Combined Prehistoric Expedition, which the survey has been a part of, is the world’s largest and longest continuously operating prehistoric expedition. It was established for the purposes of rescuing Nubian monuments endangered by Aswan Dam construction in the early 1960s.

Since its beginning the Expedition is international in nature – apart from fixed Polish-American team, researchers of different specializations from countries on three continents also participate.