Cluj-Napoca (Roumanie): Love beyond the grave - Skeletons discovered holding hands in coffin together

LOVE can last beyond the grave as shocked archaeologists working in Cluj-Napoca, Romania, discovered. 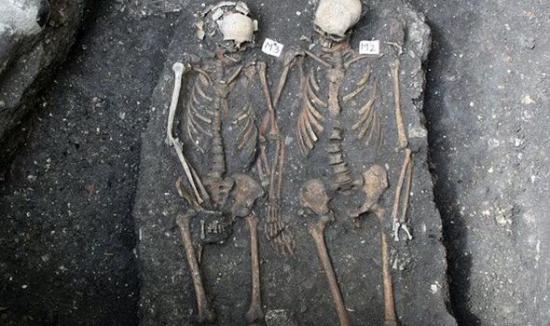 While excavating the courtyard of a former Dominican monastery in experts discovered skeletons of a couple buried together holding hands.

The bodies were discovered in the former cemetery of the monastery and it is believed the double grave dated back to the Middle Ages.

Adrian Rusu, from the Cluj-Napoca Institute of Archaeology and History of Art, said: "It is a mystery - and rare for such burials at that time.

"We can see that the man had suffered a severe injury that left him with a broken hip from which he probably died.

"Because of the fact that the young woman obviously died at the same time and was presumably healthy we are speculating that she possibly died of a broken heart at the loss of her partner." 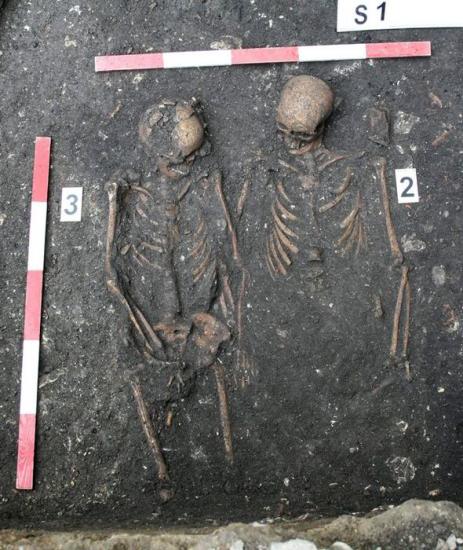 It is believed the bodies were buried somewhere between 1450-155.

The remains of a child were also found in the grave but archaeologists believe that may not have been linked to the pair.

Mr Rusu added: "Suicide is unlikely as it is regarded as a sin and it's unlikely she would have been buried in such a holy place if that was the case.

"They were obviously buried together as a tribute to the love they had for each other."