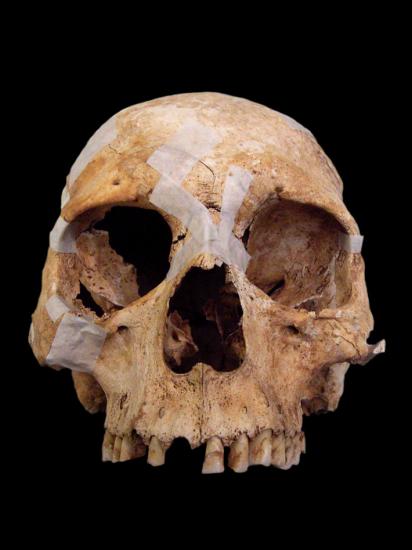 Rural living today may conjure up instant images of health and wholesomeness. But it wasn't always that way – new evidence from hundreds of rural and urban skeletons buried during the Roman occupation of southern England suggests that at that time, town-dwellers had the last laugh.

"The assumption is always that if you're living in the countryside it's healthier," says Rebecca Redfern of the Museum of London, who headed the investigation. "But we found that urban dwellers were more likely to reach old age than their rural counterparts."

Redfern and her colleagues examined bones from 344 individuals buried between 1 and 500 AD at 19 sites in what is now Dorset in southern England. Of the skeletons, 150 came from nine rural cemeteries, and the remainder from urban cemeteries in modern-day Dorchester, set up as Durnovaria by the Romans in the first century AD.

"The reason they probably lived longer is that small towns like Durnovaria were far less polluted than much larger cities like Rome, and so had relatively small populations and lower housing densities compared with other urban areas in the Roman Empire," says Redfern.

By contrast, many of the rural dwellers were likely to have been serfs and labourers for rich landowners, and so lived much harsher lives. "They died early because of enforced labour, and survival on basic diets," says Redfern.

But townies didn't have it all their own way. The analysis shows that town children were much more likely to die before reaching 10, and accounted for 43.5 per cent of the skeletons buried in towns compared with 28.6 per cent in the country. This might have been down to stronger continuity of Iron Age child-rearing traditions in the country than in towns, the researchers suggest.

And despite living longer overall, town dwellers suffered in other ways. For example, rickets and tuberculosis were found in a small number of townies, but no rural dwellers.

Redfern ascribes the dental problems to the richer and more sugary diet enjoyed by the town folk, courtesy of merchants importing goods from across the empire, compared with the meagre but healthier rural diets. "Town dwellers had easier access to items like wine and preserves," she says.

"This research adds to a growing body of evidence that is forcing Roman archaeologists to reject the outdated notion that cities always produce poorer health outcomes and lower life expectancies when compared with rural living," says Martin Pitts, a Roman archaeologist at the University of Exeter, UK. "The study supports the case for tangible health benefits associated with life in cities, as opposed to living and working in the countryside."