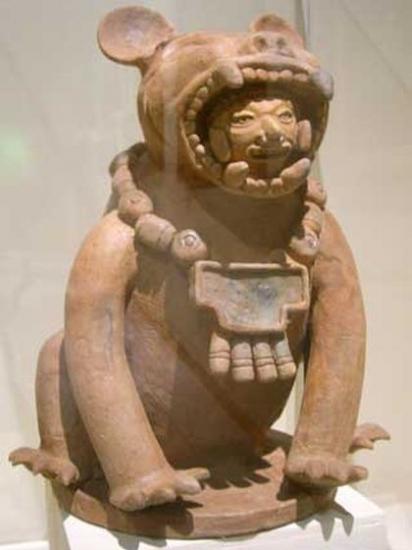 This ceramic sculpture, representing a jaguar warrior, was discovered in Cihuatan, the largest Mayan site in El Salvador. Archaeologists have found fragments of sculptures, possibly of jaguars, from five or six feline figures in Cihuatan. (Photo: FUNDAR)

Archaeologists in El Salvador say they have found artefacts resembling statues of jaguars at the Mayan archaeological site of Cihuatan.

At least 160 fragments of sculptures which could constitute five or six cat-like figures were discovered at the Cihuatan ceremonial center, a site of Mayan origin north of San Salvador, according to the country's culture ministry. 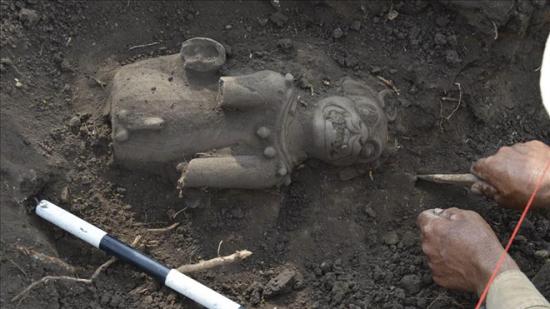 Archaeologists from the ministry and the National Foundation of El Salvador Archaeology (FUNDAR) made the discovery between February and May 2013.

Although archaeologists said they were not sure if the fragments could have been jaguar statues, given none of the items had the typical painted features of such relics, they added that given the importance of jaguars in Mesoamerican culture, the possibility could not be ruled out.

“The 160 fragments found are in the process of cleaning, without trying to remove all the earth, for the possibility of paint-jaguar spots, and because the mud is not as hard and could do more damage," FUNDAR archaeologist Paul Amaroli said, adding that paint stains may have washed off with time.

Indigenous people from Mayan civilisation are believed to have inhabited Cihuatan between 1000 and 1200 AD following the collapse of the civilisation in central Mexico, which might have occurred between 800 and 900AD.

Jaguars have long been associated with Mayan civilisation who worshipped jaguar gods. Various inscriptions, murals and sculptures representing jaguars in warrior or god form have been found so far across Central America.

The recent discovery of fragments from feline figures is the second of its kind in almost a hundred years in El Salvador, according to the culture ministry. In 1924, remains of some 20 jaguar figures were found in a box excavated in north Cihuatan, the secretariat said. 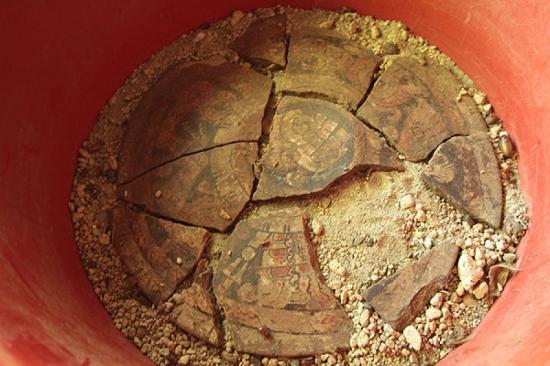 The 160 fragments, which could be of jaguar statues, that were discovered form five or six feline sculptures in Cihuatan. (Photo: MINISTRY OF CULTURE OF THE PRESIDENCY El Salvador)