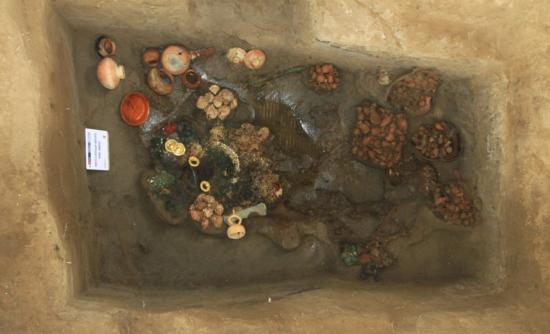 Specialists from the Peabody Museum of Archaeology & Ethnology at Harvard University, United States will analyze DNA information from skeletal remains of Chornancap priestess, a woman of the greatest hierarchy yet discovered in the Lambayeque culture, in a bid to determine her genetic background.

The study will also research the leading figure’s relationship with the other buried people, found in the same funerary context. 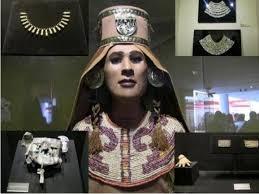 The Chornancap priestess ruled this region of the country approximately 1200 years ago.

The bioarchaeology test will clarify different theories referred to this type of burials, which imply the elite figure was buried with her servants, while others believe the said bodies belong to her immediate family members.

According to Carlos Wester La Torre, director of the Brüning National Archaeological Museum, some samples will be sent to analyze DNA sequences and examine the biochemical irrigation patterns.

“These DNA tests are aimed at determining if the eight companions found in the priestess’ tomb are their relatives, and if they are native from the area or come from other regions,” he said.

Wester went on to add that analysis will be conducted to at least two of the buried individuals.

He also said Peru has no physical and chemical analysis lab to analyze ancient remains, but the U.S., Japan and England do, and this is part of a cooperation project.