Where did China’s ancients, with their infatuation for jade, mine the precious stone?

How did people live in the Erhai region – in today’s southwest Yunnan Province – during the Bronze Age some 2,000 years ago?

What kind of civilization did the Zhang Zhung Kingdom – in today’s Tibet – have about 1,800 years ago?

What kind of spiritual world is reflected in the mural paintings of a 1,400-year-old tomb?

Where did the Mongol nationality originate?

How did the system of appointing hereditary headmen in the ethnic groups of southwest China develop more than 500 years ago?

Chinese archaeologists unearthed clues to these secrets in 2014.

Mural paintings of a 1,400-year-old tomb in Shanxi Province

The jade mine ruins, discovered in the Mazong Mountain, in northwest China’s Gansu, date back to more than 2,000 years ago.

“It’s the oldest jade mine ever discovered in China, offering an important clue to the sourcing of the raw material for jade wares in ancient China,” says Chen Guoliao, a researcher with the archeological institute of Gansu Province.

Xin Lixiang, a researcher with the National Museum of China, says this is a very important discovery as jade ware has played an important role in the origin and development of Chinese civilization and as the carrier of Chinese culture.

“The jade mine was found along the Silk Road, showing there was a ‘Jade Road’ long before the so-called Silk Road,” Xin says. 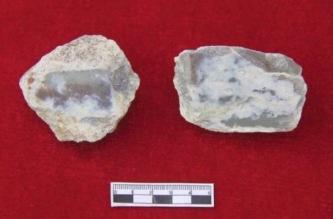 Archaeologists unearthed a dzi bead in a tomb belonging to a noble some 1,800 years ago at the foot of Mount Kailash, in the Ngari region of western Tibet. Other dzi beads had been passed down from ancient times, but this was the first to be discovered by archaeologists.

“We also found precious silk fabrics, a gold mask, gold-plated bronze ware, silverware, ironware, ceramics and glass beads, as well as a large number of human and animal bones in the tomb,” says Tong Tao, an associate researcher with the CASS Institute of Archaeology.

The tomb dated back to the peak period of the Zhang Zhung Kingdom. As the Ngari region lacks the resources, the antiques are believed to have come from neighboring regions, and as far as Xinjiang, central Asia and northern India, showing the extensive contacts between the ancient kingdom and other cultures, says Tong.

Although a tomb dated back to the Northern Dynasties (386-581) had been robbed many times over the centuries, archaeologists still found exquisite mural paintings in there. One mural in the tomb in Xinzhou City, in north China’s Shanxi Province, featured hunting, the largest such painting found in China, as well as various animals, mythical elements and star chart.

The murals provide very important information for the research of society, culture and the military of the Northern Dynasties, says Zhang Qingjie, a researcher with the Institute of Archaeology of Shanxi Province. 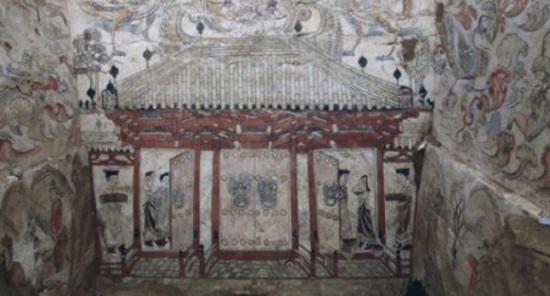 Mural paintings of a 1,400-year-old tomb in Shanxi Province

Archaeologists also found ancient tombs on the Hulun Buir grassland in the Inner Mongolia Autonomous Region. The tombs dated from the 8th to 10th centuries. Studies of the human skulls shows the occupants were similar to the modern inhabitants of Mongolia and Inner Mongolia, providing a clue to the origin of the Mongol nationality, says Liu Guoxiang, a researcher of the CASS Institute of Archaeology.

A large number of gold and silver items were unearthed from graves belonging to the family of a headman in Zunyi, southwest China’s Guizhou Province. The graveyard was used from the end of the Song Dynasty (960-1276) to the early Ming Dynasty (1368-1644).

The discovery is of great importance to the study of the evolution of the system of appointing hereditary headmen in southwest China ethnic groups, says Zhou Bisu, director of the Institute of Archaeology of Guizhou Province.

State-of-the-art technologies were used in the archaeological excavation of ancient tombs dating from the Bronze Age some 2,000 years ago in the Erhai region in today’s southwestern Yunnan Province.

Archaeologists used unmanned aircraft to take aerial images of the tombs, and laser scanning technology to form 3-D images of the site, which would help future research and exhibition of the relic site.