The Upper Capital of the Liao dynasty, located in what is now Balinzuo County of Chifeng City in Inner Mongolia Autonomous Region, was found in A.D. 918 and was used by the Jin dynasty. After more than 300 years, it was abandoned in the early years of the Yuan dynasty.

Surrounded by a 7-meter wall, the Upper Capital has an area of 13.5 square kilometers, where all the buildings are large in size. The Upper Capital was divided into two parts: Imperial City and City of Han ethnic group. In the former there are palaces and government offices, and the Qiande Gate, excavated this time, is western gate city. 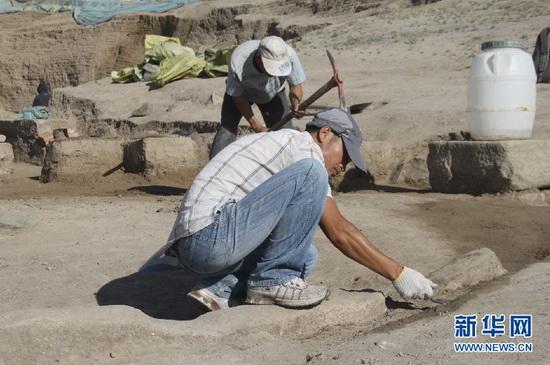 The photo, taken on Sept. 4, shows archaeologists excavating the relics of the Qiande Gate of the Upper City of the Liao dynasty. (Xinhua/Li Fu)