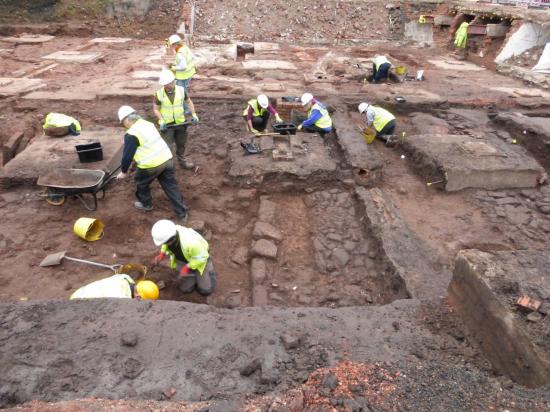 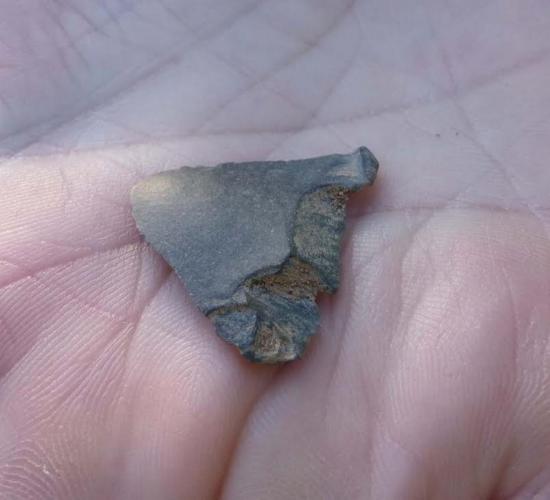 The centre, which will include an 800-seater theatre, cinema and library, will incorporate the former Odeon in Hunter Street with a modern building constructed next door, where Commerce House used to stand.

But before any building work could commence, archaeologists from Cheshire West and Chester Council and Earthworks Archaeology, in close consultation with English Heritage, set about uncovering historical clues including details connected with Chester’s Roman military occupation 2,000 years ago.

The archaeologists were ably assisted by 50-60 enthusiastic volunteers from Chester Archaeological Society.

Culture Secretary Sajid Javid learned about the project including the archaeological excavations on a recent tour around the site. 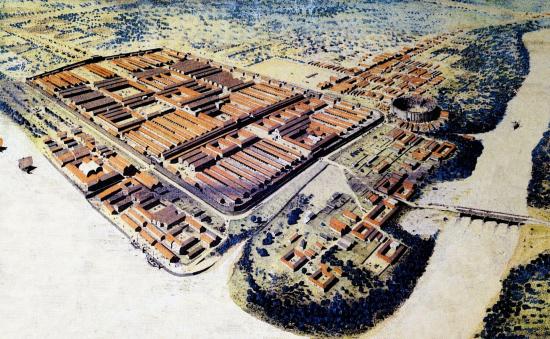 Hidden beneath the basement floor of the demolished Commerce House, the cobbles and pebbles of an important Roman road were revealed. And stone-lined roadside drains and ‘mysterious’ side alleys between the remains of Roman buildings have added to the story.

Rubbish pits offer a good source of information about the past and many, from the Roman period through to the 18th century, have been excavated at the site.

Among the finds was an arrowhead dating back to the Bronze Age. Ceramic building materials – probably roof tiles – produced at Holt, North Wales and stamped with the monogram of the 20th Legion – reading ‘LEG XXVV’ were also discovered. One apparently featured a cat’s paw from when the tile was laid out to dry. 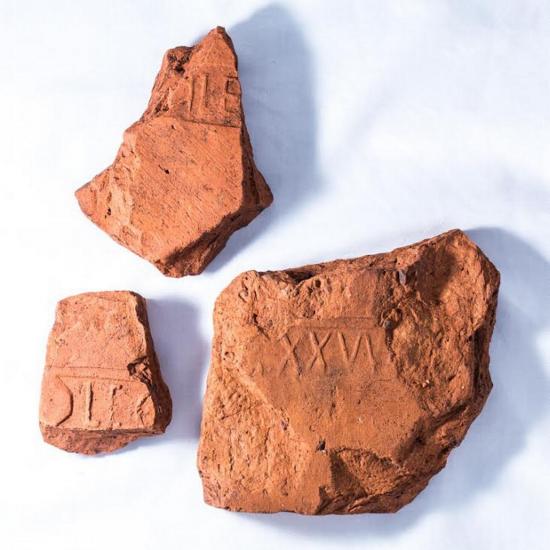 Other remains include Roman mould-decorated bowls called ‘Samianware’, imported from Gaul (modern France), a 17th century chamber pot, found in a rubbish pit with its unpleasant contents still inside. Another discovery was a 19th century clay tobacco pipe displaying the design of the fleur-de-lis, or Prince of Wales feathers, recovered from a backfilled basement.

Leigh Dodd, site director and principal archaeologist, said: “The project produced a range of finds dating from the Prehistoric to the modern. Prehistoric finds included flint and other lithic (stone) tools but the vast majority of the finds dated to the Roman period.

“Amongst the Roman finds were fragments from a diverse range of pottery vessels dating to between the late 1st and 4th centuries AD, along with fragments from ceramic roofing tiles. Some of the tiles were stamped during manufacture with the mark of the Twentieth Legion, whilst others bore the paw prints of animals as they walked across the soft clay of the tiles before the tiles were fired. Other Roman finds of particular note included a bronze buckle, probably a fitting from a piece of body armour, and coins.

“The most notable finds relating to the later archaeology of the site included two complete pots found in 17th and 18th century rubbish pits. Undoubtedly, once the finds have been cleaned and analysed, some surprises will come to light.”

The story of the dig and its artefacts will be exhibited on hoardings located in front of the site. Chester Library is also looking to exhibit the finds in its public area. For more information, visit: renewchester.co.uk