Chayhuac An (Pérou): Wood sculptures and other relics found

Four wood sculptures —three male and one female— a scepter, metal vessels, textiles and remains of winkles were found at Chayhuac An —probably the first large enclosure at the pre-Columbian adobe city of Chan Chan in northern La Libertad region. 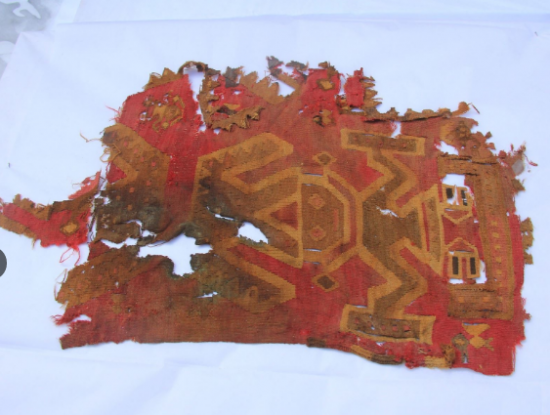 The ancient objects were found lying on a funerary platform. 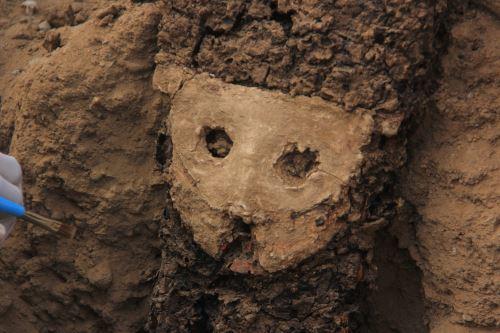 The fourth sculpture was unveiled a few days ago, but archaeologists and conservators are still working to bring the piece to the surface and to provide a contextual interpretation of such discovery. The carving is 40 cm high and 20 cm wide. It seems to be a male figure holding a cup at chest height. His face is covered with white clay as a mask. "It is common to find wood figures at Chan Chan, but what matters now is that we have found one right over there [in a funerary context]," archaeologist Cintia Cueva Garcia told Andina news agency. 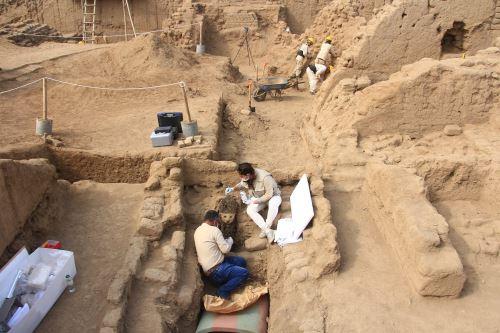 "We can infer they [figures] were used to mark tombs of important people. We've found metal vessels and a body we haven't yet touched, alongside the sculpture. Similar individuals have been found at the entrance of other contexts," she continued. Another aspect to which considerable importance should be attached is the fact of finding a female sculpture, which is very unusual compared to previous discoveries.