One of the great jewels in Peru’s archaeological richness is Chavín de Huántar, a monumental temple complex nestled deep in the folds of the great cordilleras of Áncash. 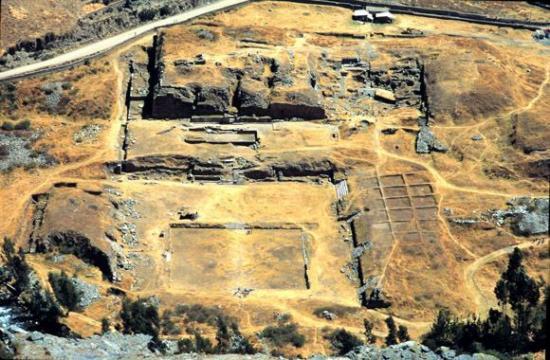 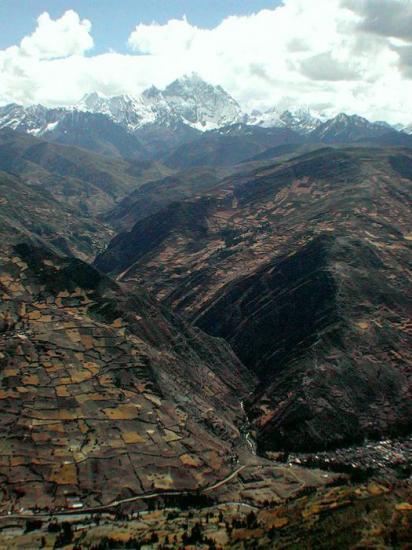 Chavín de Huántar is located in the mountain range of Áncash, Peru. (Photos by John Rick) 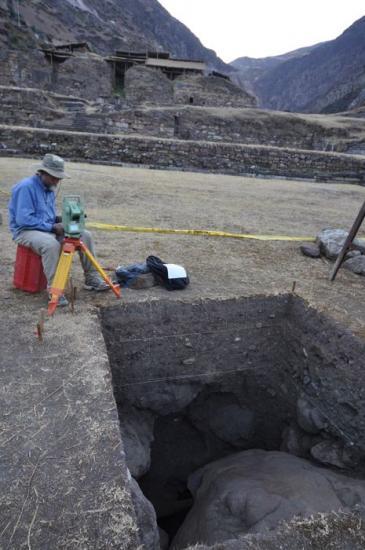 Uncovering subterranean corridors leading from the main temple to the river. . (Photo by John Rick)

Chavín de Huántar dates to between about 1500 and 500 BCE, the central part of the Formative Period, a time in which the complex Andean societies that were to culminate under Inca rule began to take form. Differences in wealth and status began to appear, and the major amounts of labor in construction and specialized arts in sites like Chavín tell the story of developing leadership, authority, and organization, found in all the world centers of civilization. 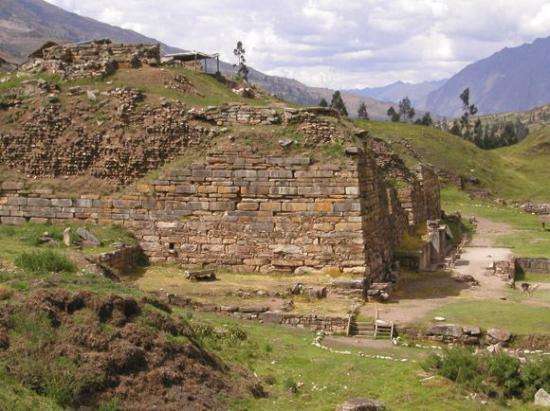 Chavín thus has much to say about how the modern human condition developed, and it apparently has a great deal to do with belief systems we could roughly term “religious.” The monumentality and impressive facades, the complex and mysterious art, and the very special ceremonial contexts of Chavín tell of a convincing system, in which the priest-leaders of this society attempted, successfully, to rebuild ideas of human organization. Arguments seem to have been made of the intrinsic connection of leading individuals to a supernatural world of greater powers, and their ability to confer membership in this select set through formidable initiation rites into the Chavín cult. The symbols of Chavín, in ceramic, textile, metal, or stone object indicated the rank of an individual, and eventually their ability and right to leadership status in society.

Conservation of the site

Since 1995 a major archaeological and conservation project sponsored by the Global Heritage Fund has been studying Chavín, led by John Rick of Stanford University, but involving a wide range of Peruvian and international scholars and students. The project is far from the first within the site, but the only one thus far with specific goals to study and preserve the site, as well as develop it for tourism and other uses relevant to today’s Peru.

Although at first glance the site looks solid and stable, in fact the very building strategy of its ancient builders guaranteed that it would come down to us in highly damaged condition. It appears that building in a risky location was part of a demonstration that the priesthood could control destructive natural forces — river flooding, hillside creep, and disastrous mud avalanches. And for nearly 1,000 years, the builders were able to confront the natural threats, but eventually a cataclysm, probably a major earthquake, destabilized many of the buildings, contributed to the fall of the authority system, and the ensuing 2,000 years of deterioration of the site.

Chavín is beginning to receive large numbers of visitors — in the range of 60,000-80,000 per year — and the tourism business has the potential to contribute to the highly precarious local economy. The construction of one of the few national museums of Peru in Chavín, thanks to major investment by the Japanese government, extends the attractiveness of this picturesque site and dramatic natural setting. But unless the site is better understood, and most importantly, conserved, it will neither be attractive for extended visits, nor survive for future generations. Various sources of support add to the six years old commitment of the Global Heritage Fund: Asociación Ancash, Barrick Gold Corp., the United States’ National Science Foundation, the National Geographic Society, and the United States Embassy among others, have teamed together in support of the site and the local area, supporting a diversity of efforts for Chavín’s future.

Part of the effort goes into archaeological excavation, leading to remarkable discoveries of new architecture and objects, adding new pages to the history of the site. A major emphasis is on careful conservation of the buildings and artifacts of Chavín, a delicate but sometimes costly and ambitious effort to reveal this fascinating past while assuring its sustainability against the many natural and cultural forces that will damage it if left unprotected. A team of national and international experts in resolving conservation problems is focused on Chavín’s problems, and has already yielded new approaches to site stabilization. Modern shaft mining techniques, for instance, are being adapted to the challenge of restoring to function the site’s original extensive underground drainage system – a key element in the site’s survival. A wide range of organizations and individuals participate in the project, which emphasizes the development of local talent and competences that will yield long-lasting employment and rewarding careers. The project has recently instituted a program that trains local artists to replicate the stunningly beautiful black ceramics of ancient Chavín, producing museum-quality reproductions. The archaeology of Chavín, in all its dimensions, has the potential to interest, educate, train, employ, and enrich the lives of many people, and be a kingpin in the effort to generate wellbeing in the heart of the Andes. 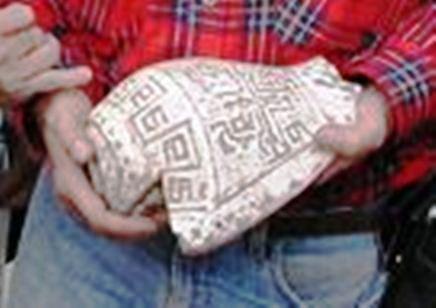