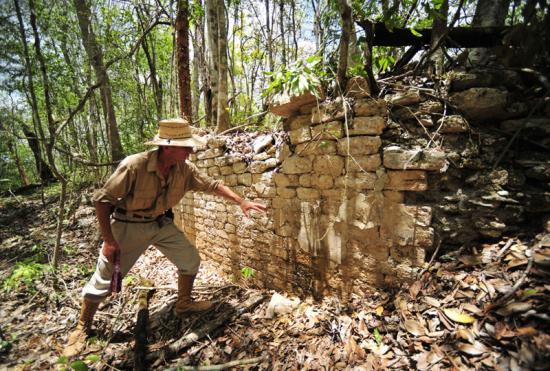 A team led by archaeologist Ivan Sprajc, has announced the discovery of an ancient Maya city called Chactún, “Red Stone” or “Piedra Grande” . Located in the southeast area of Campeche, it represents one of the largest sites of the Mexican Central Lowlands.

Discovered a few weeks ago, the archaeologists believe that the city was at the centre of a vast region between 600 and 900 AD. The extent of the site measures more than 22 hectares, and contains a number of monuments, with at least a dozen of them bearing inscriptions. 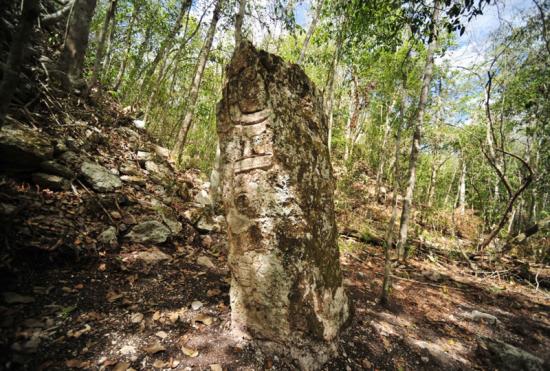 Stele 1 in the western complex

Hidden in the jungle for centuries

Throughout the centuries, Chactún remained hidden in the jungle of the northern Biosphere Reserve of Calakmul, which is part of an area over 3,000 square kilometres, located between the Rio Bec and Chenes region. This area until now, has remained as a total blank on the archaeological map of the Maya region.

“It is one of the largest sites in the Central Lowlands, comparable in extent and magnitude of its buildings with Becan, Nadzcaan and El Palmar in Campeche,” said the Sprajc, who works for the Research Centre of the Slovenian Academy of Sciences and Arts.

The ancient Maya metropolis is one of 80 sites that have been identified by the Archaeological Survey Project in Southeastern Campeche, which began in 1996. The location of these sites was based primarily on recognition from large-scale aerial photography.

Some sites like Uxul and Kings wall had previously been described by explorers such as Karl Ruppert, in the 1930s. However, Chactún was largely ignored by scientific expeditions until today.

In 1989 the region was declared part of the Biosphere Reserve and archaeological exploration was made possible.

“With aerial photographs examined stereoscopically, we find many features that were obviously architectural remains. From there we took the coordinates and the next step was to locate the ancient routes used by tappers and loggers to reach the area, ” explained Sprajc.

From the road leading to the town of Xpujil Hopelchén 16 kilometres are travelled. To reach the camp where the team of archaeologists overnight it is necessary to go for almost two hours in the tropical forest. The road is passable only with four wheel drive trucks and the archaeologists must continually stop to cut back the vegetation that blocks their path. 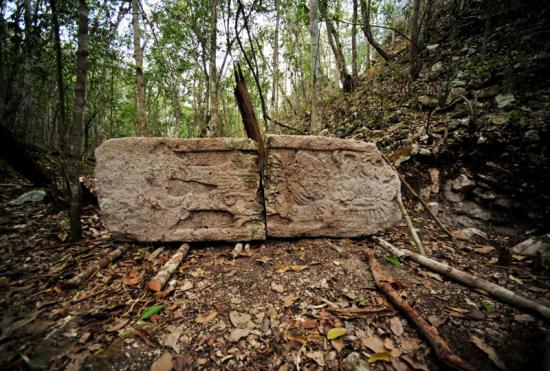 Curiously, despite its proximity to Rio Bec the building style appears to have closer associations with Petén architecture.

The site comprises three monumental complexes. The west, covers an area of over 11 hectares, while the southeast and northeast together account for a further 11 hectares.

In these spaces are scattered numerous pyramidal structures,  two ballgame courts, patios, plazas, sculptured monuments and residential areas. The tallest pyramid, 23 metres high, is located in the west complex, however, the stelae and altars, some of which still have the remains of stucco on them, best reflect the splendour of the city in the Late Classic (600-900 AD). 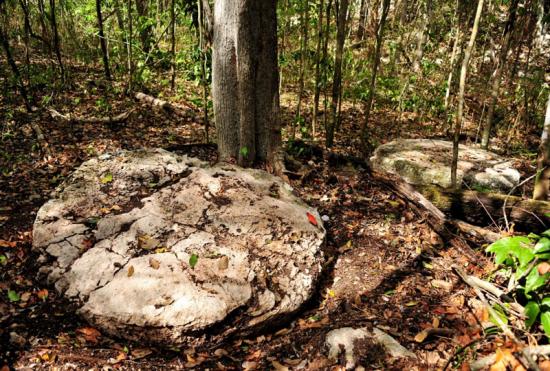 Of the 19 stelae recorded so far, three are well preserved. One gives a name to the place, saying that the ruler K’inich B’ahlam “fixed the Red Stone (or Stone Great) in 751” – according to the preliminary interpretation by epigrapher Octavio Esparza Olguin. 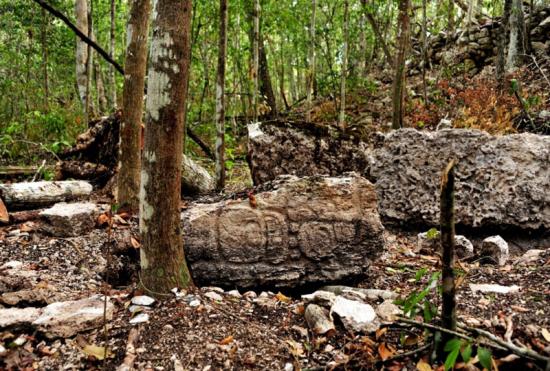