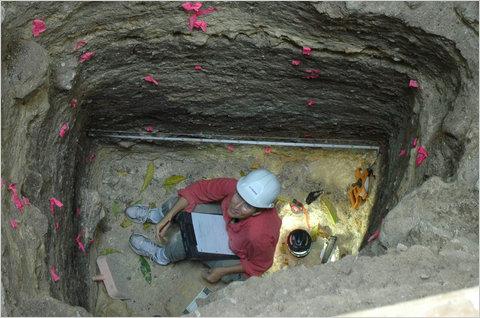 Takeshi Inomata - Drawing the profiles in the deep part of the trench.

After four and a half field seasons, I have finally reached bedrock in the deep trench in the East Court! We managed to take the front 2-by-2-meter unit farther down after shoring up some very nasty loose fill from Preclassic days (600 to 300 B.C.). The pit ultimately reached 6.5 meters, and we found several construction episodes that date to the earliest occupation of the site.

Drawing the last part of the pit wall profiles was a bit of a challenge. The excavation was so deep and dark that I needed a lantern to be able to see the construction layers. Most of the construction fills are dark brown or gray, which does not help.

The trench excavation may appear relatively dull to the uninitiated, especially when compared with the dazzling finds in the Central Plaza. This season, we have found mostly clay floors. But it is really exciting to us, because it reveals the earliest construction layers of the site, dating to about 3,000 years ago. And about 4.3 meters down we made a very interesting discovery: evidence of how the earliest inhabitants at Ceibal built their already fairly large buildings. 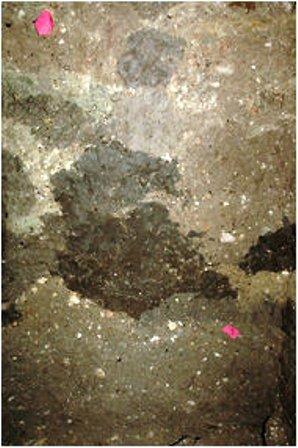 Daniela Triadan  - The fill made up of basketloads of different colored clays. 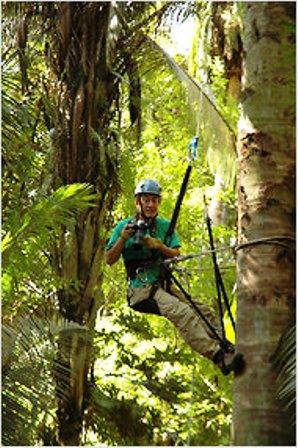 Starting at that depth we encountered curious, round, ball-like mounds made of different colored clays — black, brown, tan, light buff — that we could clearly distinguish and that formed a fill 80 centimeters thick. They were basketloads of different clays that people had dumped there to build this fill. We had suspected that people used this method to build even the earliest structures, but we had not actually been able to see these basketloads of fill, because most of the fill material is so homogeneous that we cannot distinguish individual loads. This fill is very similar to the famous basketload fills of Monks Mound at Cahokia, Ill. These basketloads of clays that came from different sources show us that this construction was a communal effort to erect a substantial platform very early in the occupation of the site.

In the now-expanded old Harvard pit, we found a very nice stucco floor associated with the same Preclassic structure where we had found two burials. This warranted calling Takeshi to take photos — he takes fantastic photographs that are the envy of our colleagues in Mayaland. If he thinks I’m particular about excavation records, you should see him taking pictures! And, unlike me, he is not afraid of heights. Taking good excavation pictures is very important, and sometimes we have to go to great lengths to get them. 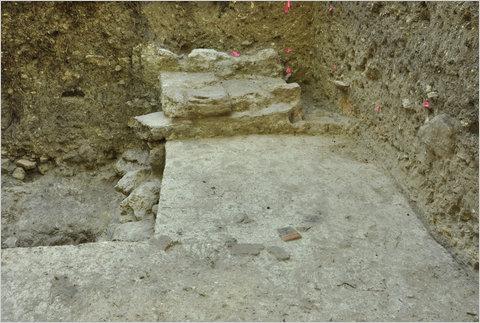 This is the fourth major construction that we have found in this area, and the stucco floor, which dates to the middle part of the Preclassic, between 600 and 300 B.C., was the original floor that went with this building. The floor shows many stains with lots of charcoal, and people left several partial ceramic vessels.

When starting a new building phase, like laying a new floor, the Maya often celebrated what we call a termination ritual. In these rituals they lighted fires and deposited broken vessels to mark the ending of a particular phase in the life of the building and to celebrate the new beginning. In this case it seems that the ritual took place before they laid down the next floor above this one. This subsequent floor was built while the building was still in use. This is some of the earliest evidence that we have for this type of ritual, and again shows that Ceibal was a very important place during the Preclassic.