Ceibal (Guatemala) - Deep Into the Big Pit and Beyond

Deep Into the Big Pit and Beyond 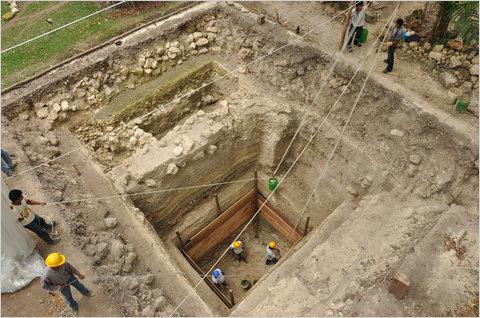 Archaeological excavation is a series of decisions: where to dig, how to dig, whether to dig large in a few places or dig small in many places. Large areal excavations are time-consuming, but they have a definite advantage. Diverse types of structures and features, as well as ancient people’s actions associated with them, become visible in large excavation areas. In small pits it is sometimes difficult to interpret what kind of structures or deposits we are dealing with. But many Maya centers had populations of 5,000 or more. The excavation of one location, even a large one, would give us a very limited, often skewed, view of these large settlements. To gain a balanced understanding, we need to place excavations in many locations over the landscape. Realistically, many of them have to be small. A common compromise is a combination of a few large areal excavations and more small ones. This is our strategy at Ceibal.

Because we have to take into consideration Ceibal’s unusually deep sequences of constructions, the total number of excavations has to be relatively small. We can take only a few shots at our targets, the earliest buildings. Fortunately, previous work by Harvard archaeologists provided general information about the history and organization of this site. Using this knowledge, we carefully chose our locations of excavation. Our foci are the ceremonial complex around the Central Plaza and large platforms around it. We placed our largest excavation, which combined a 10-by-8-meter area and a 14-meter trench, on the southern platform. Through this wide area exposure, we hoped to gain spatial information on types of buildings and the ways people used them. And it should give us enough space to excavate when we reach its deepest levels. This is the fourth season of this most ambitious operation of our project. We have to finish this pit this year. 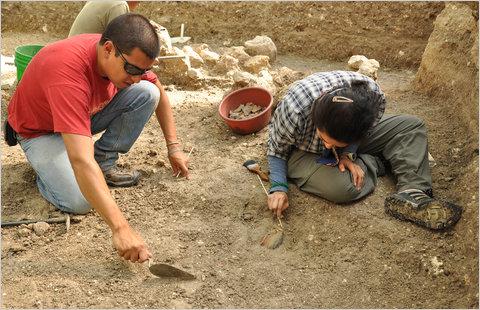 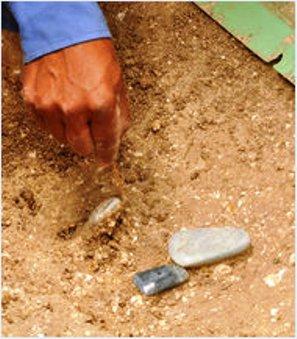 Takeshi Inomata  -  A cache of polished axes found in Victor’s excavation in 2010. These deposits point to the importance of the southern platform.

The archaeologist in charge of this “Big Pit” is a highly capable Guatemalan professional, Victor Castillo, a poised, perceptive young man who can turn into a dancing machine once music starts. He effectively manages this challenging excavation and takes care of the project’s political and logistical matters as project co-director. The Guatemalan government requires all foreign projects to have a Guatemalan co-director and at least a one-to-one ratio of Guatemalan to foreign members. But even without such regulations, I would not think twice about hiring the same Guatemalan archaeologists and students. The project needs and depends on these dedicated investigators. In the excavation of this platform, Victor revealed a series of Preclassic structures, meticulously documenting associated middens, greenstone ax caches and the burial site of a child, all stacked in more than 30 layers of construction. A figurine head that he found in 2010 provided clues to a connection with an enigmatic civilization called Olmec that flourished on the southern gulf coast. 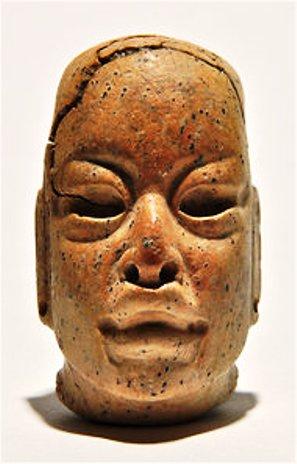 Takeshi Inomata  -   An Olmec-style figurine head discovered by Victor in 2010.

At the beginning of this month, he hit a clay fill at a depth of 4.6 meters. This sticky, hard material quickly shrinks and cracks as it dries. Two days after we dug through this fill, large chunks of clay fell from the walls, putting the entire excavation in danger. Five years ago, we had to close a 7.5-meter-deep pit into this platform because of the same problem. This time we braced walls with wood planks and continued deeper. At a depth of 6.3 meters, Victor exposed an irregular surface of a mixture of rocks and clay, which looked very much like a natural layer from before human occupation. I needed to confirm that I was seeing it right by digging even deeper. After two meters more of excavation, we found no artifacts or no signs of human construction. Everybody agreed that this was a natural layer. A triumph for Victor and for all of us! 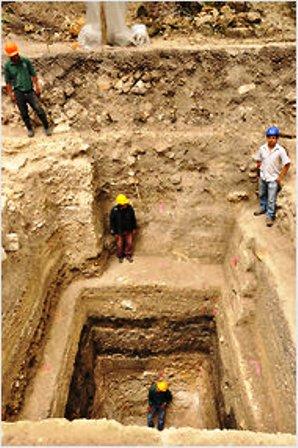 This is the first time that we dug through all the construction layers of a monumental building at Ceibal down to its bottom. It appears that the pre-occupation terrain was higher in this part, but our 2006 pit must have been within half a meter of the natural layer. Now we have firm evidence that the initial construction of this platform was quite substantial, measuring 2.5 meters in height and more than 30 meters in width. After its beginning around 1,000 B.C., the platform steadily grew to reach a height of six meters by 600 B.C. It was one of the largest buildings in the Maya lowlands at that time. Our hypothesis of the dramatic beginning of Ceibal is looking more and more likely.

Some Guatemalan archaeologists with good field skills can still benefit from training in anthropological theories and scientific analyses at graduate schools in the United States. Our former Guatemalan project member Juan Manuel Palomo is now studying in Tucson. Victor is also applying to doctoral programs this year. They are the future leaders of Guatemalan archaeology.